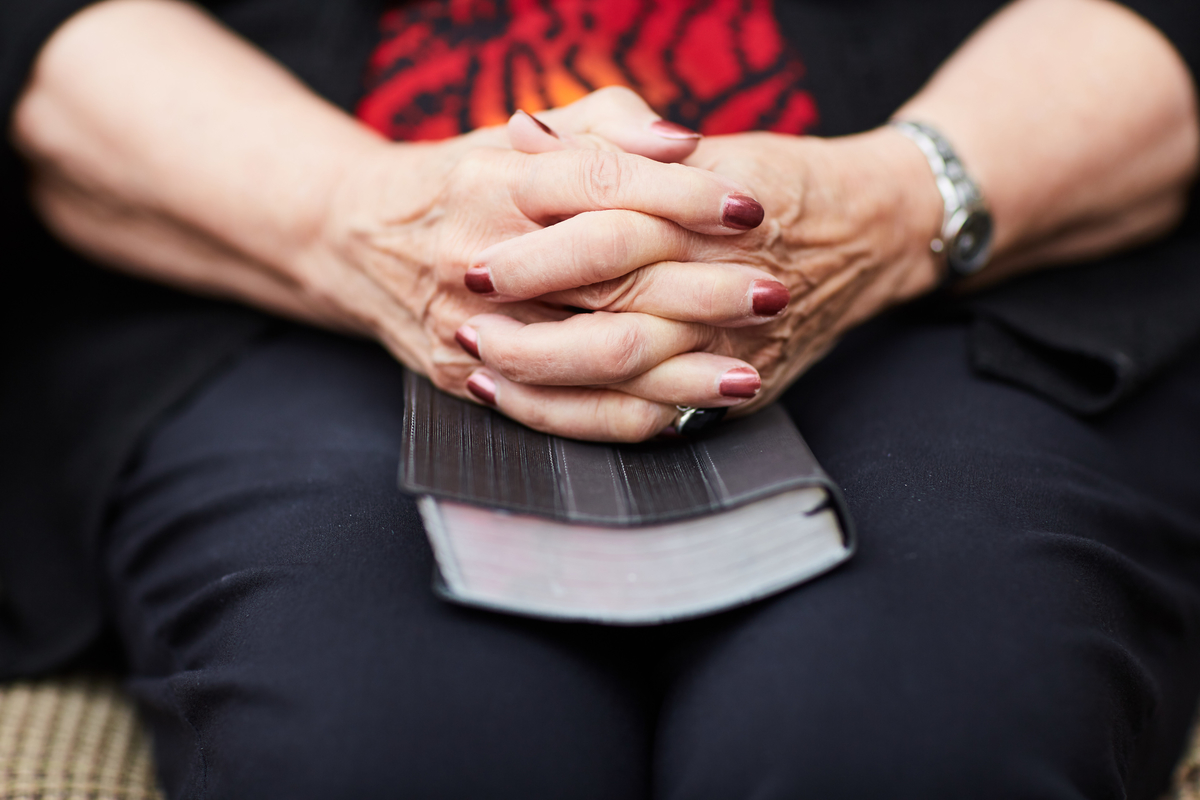 A year ago I walked into an older relative’s house unannounced. They’d been expecting us that day for lunch, but we’d arrived thirty minutes earlier than we’d planned—so we knocked and walked in.

The small TV on the kitchen counter was playing FoxNews.

Suddenly everything made sense. All the dots connected.

During the last couple of years, I noticed this couple changing, but couldn’t quite put my finger on it. They’d become more and more outspoken on things like immigration and women’s reproductive rights and police shootings—surprising me with the intolerance and cruelty of off-the-cuff comments that seemed out of character for them. I questioned whether or not I was just being overly sensitive or projecting my fears unto them.

But after the surprise peek into their viewing habits it was was clear: they were just following the script.

I could rewind over the previous months and see all the alarmist Fox News talking points in their words at family gatherings and on Facebook: open borders letting in floods of rapists, baby-killing Democrats coming to take their guns, terrorist Muslims lurking everywhere, violent black men threatening police at traffic stops.

And looking back I could see that as they found Fox News, they began to lose their religion.

They no longer had much to say about Jesus; about his Matthew Chapter 25 promise that he would be found in “the least of these”—and that we would be defined by the way we treat the poor and the vulnerable and the imprisoned.

They weren’t interested in talking about the way he fed a hillside multitude of thousands, not because they earned or deserved it—but because he was compassionate and because they were hungry. They now just expressed disdain for lazy people wanting handouts.

They never referenced the fact that Jesus’ family fled to Egypt in desperation while he was a newborn, to escape politically-ordered genocide. Instead they preached about law breaking families not “doing it the right way.”

They abandoned any reference to Jesus’ words about kindness or generosity or welcoming strangers or sharing what you had with those who had not—instead, they slowly but quite clearly adopted a bastardized, angry, America First, gun-loving, immigrant-hating, racist white religion that has become the Republican God.

So whether it’s anti-Muslim legislation or LGBTQ hate crimes or migrant kids taken from their parents or children orphaned by mass shooting or President’s fat-shaming protestors—there is always an excuse, always a justification, always a Fox News alternative reality or Franklin Graham tweet to bunker down in.

The same thing has happened in the white people I’ve served in churches here in the South over the last decade. Their social media feeds are increasingly littered with Brietbart fictional pieces about Hillary eating children and wild conspiracy theories about LGBTQ people converting their children.

The change in them has been as stunning in its velocity and stomach-turning in its depths—and the worst part is that I can’t reach them anymore. Before FoxNews, Franklin Graham, and MAGA propaganda, I could meet them in the common ground of our shared faith in Jesus and in the clarity of objective truth. They no longer have use nor tolerance for such things.

The Sermon on the Mount, Jesus’ counter-cultural, counterintuitive manifesto of humility and gentleness and love—has been replaced by venomous, incendiary Sean Hannity propaganda.

The barrier-breaking, table-expanding hospitality of Christ has morphed into sneering Trump rally rant rhetoric about violent illegals and foreign predators and “build that wall” refrains.

These people used to know better. They were good-hearted, generous people who wanted to emulate Jesus. They used to flatly reject bigotry and defended vulnerable communities—and they were people I could count on for rational, level-headed decency.

They once instantly recognized men like Donald Trump as the antithesis of Jesus.

But this is what happens when decent, intelligent people become radicalized: they get polluted by the things they watch and the sermons they sit through and the nonsense they read, and they surround themselves with an echo chamber made of equally-deluded, equally frightened people—until one day they are the religious extremists that they always used to warn you about.

I love my relatives, my former church members, my high school friends and my neighbors—but I grieve what has happened to them. I lament the poisoning of their once soft hearts, the way Jesus has been all but squeezed out of their religion, and I fear that they’ll never fully recover from the alternative narrative that these past three years have written into their brains about the world and about disparate people and about the expansive, lavish, audacious love Jesus calls us to extend.

I only hope these moms and ministers and nurses and schoolteachers and football coaches and favorite relatives get a truer story or meet someone who wakes them up or rediscover Jesus enough that they change the channel, turn off the TV—and find the truth that sets them free:

God is love.
We are our brother’s keeper.
Kindness is the better path.