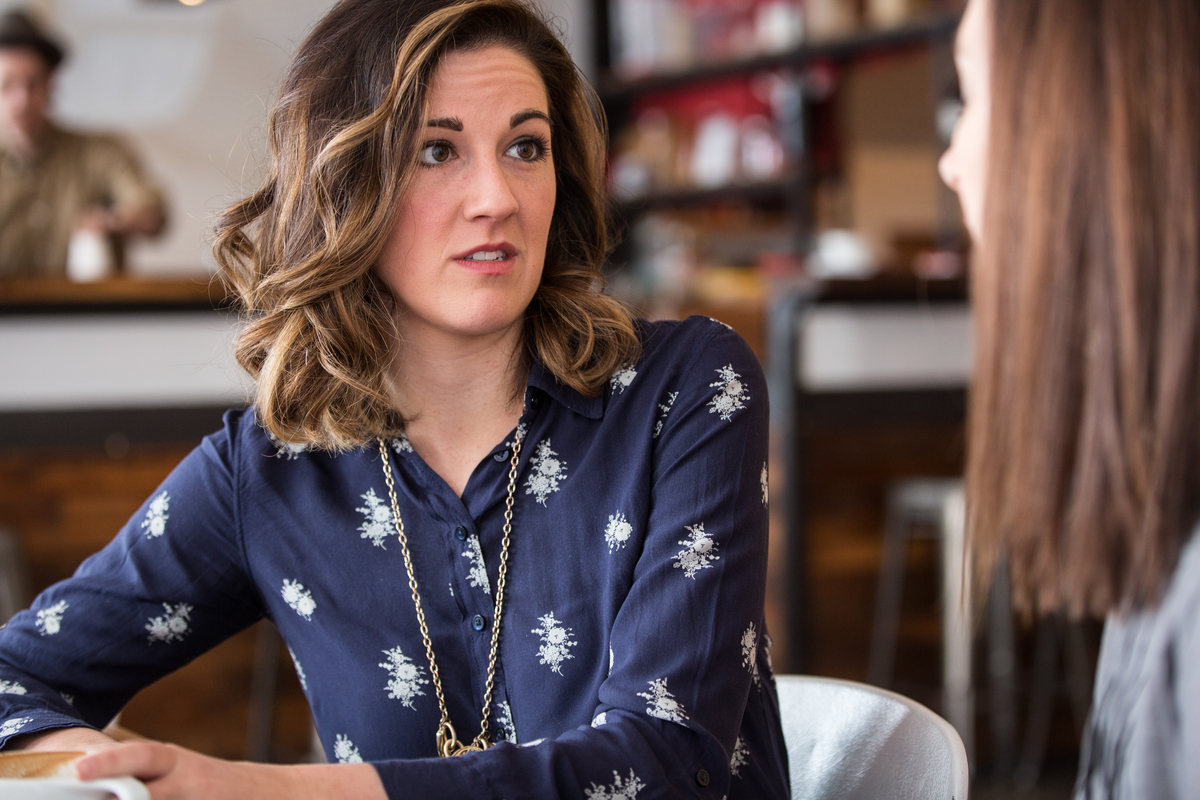 There are phrases you hear so much, they start to become white noise:

I’ve been a registered Independent for thirty years.

Growing up I was taught to avoid talking about politics and religion in mixed company, and made it a point never to vilify groups en masse or to demonize individuals in leadership outright whenever speaking about the events of the day.

Even in the most challenging times, I always lived and spoke with the assumption that most people were good, that the majority of Americans would default to decency over party,  and that our systems of checks and balances would keep us from veering too far into violent extremism. I always believed that the center would hold.

In my twenty-five as a local church pastor, I always did my best to keep matters of politics at arm’s length, for fear of alienating the people in my care. I was careful to stay safely in the center, never choosing sides, always playing devil’s advocate—which turns out to be a really lousy position for a minister. That middle place can actually be the spot where you lose your soul. You can think you’re hearing all perspectives—when you’re really sitting on the fence of cowardice. It’s a place privilege anesthetizes you into neutrality and silence.

As I began writing publicly, I kept things similarly vague. In the first four years of the blog (prior to the 2016 Presidential campaign), I never singled out a politician by name or mentioned a political party in my writing. “If you do that” a good friend cautioned me, “you’ll eliminate half your prospective audience.”

Since 2016, it’s become clear that these are different times.
They necessitate specificity.
They demand clarity.
They call for authenticity.

I believe this President, emboldened by this version of the Republican Party and a fully politicized Evangelical Church—is doing irreparable and continual harm to our rule of law, our standards of decency, our environment, our personal liberties, our elections, our people, and our standing in the world.

I see this Administration as an unprecedented betrayal of the freedoms and systems we all hold dear. I believe there has been a wholesale soul-selling of Republican politicians and Conservative Christian leaders; a historic power grab the likes of which we’ve never seen in this country.

That, along with the increasing silence of many of my white, moderate Christian friends, has left me feeling more burdened than ever to speak explicitly and repeatedly; to leverage my platform and my newsfeed and my voice on behalf of a nation and Church that have lost the plot.

That’s not going to change.

Because of the volume and the relentlessness of this President’s cruelty—there must be a similarly passionate and compassionate response.
Because every day we are bombarded with a new real or manufactured urgency—we need to step in again with facts and truth to combat it.
Because each morning a different attack comes: on migrants or meal vouchers or national parks or transgender soldiers or Jewish Americans or journalists or shooting victims—then each morning there must be those of us who unequivocally oppose it all.

As long as this man and his cadre of sycophants continues to shun their responsibility and horde wealth and preach fear and prey upon the vulnerable and serve only half of their constituents and use religion as a weapon—I’m going to continue to say everything.

You’re free to label it “too political,” but I know that’s simply a term people use when someone else’s boldness conflicts with their comfort, challenges their prejudices, calls out their malevolence, and rattles their privilege.

If this clarity and directness offends you or you feel I’ve grown too angry or too political, you’re free to mute or unfriend me, to stop reading me or stop inviting me to dinner or talking to me at the bus stop. Social media is optional and my page is not a Democracy—though I’m working to make sure we continue to live in one.

I’m not going to apologize for saying what I believe needs to be said, because I think the people who are threatened by this Administration are worth it. It’s really that simple.

Silence in turbulent times is a luxury that privilege affords.
I believe the greatest responsibility people of morality, faith, and conscience have, is to leverage that privilege for the common good.
I want to look back at the end of my life and know that I did all I could to protect diversity, equality, and justice.