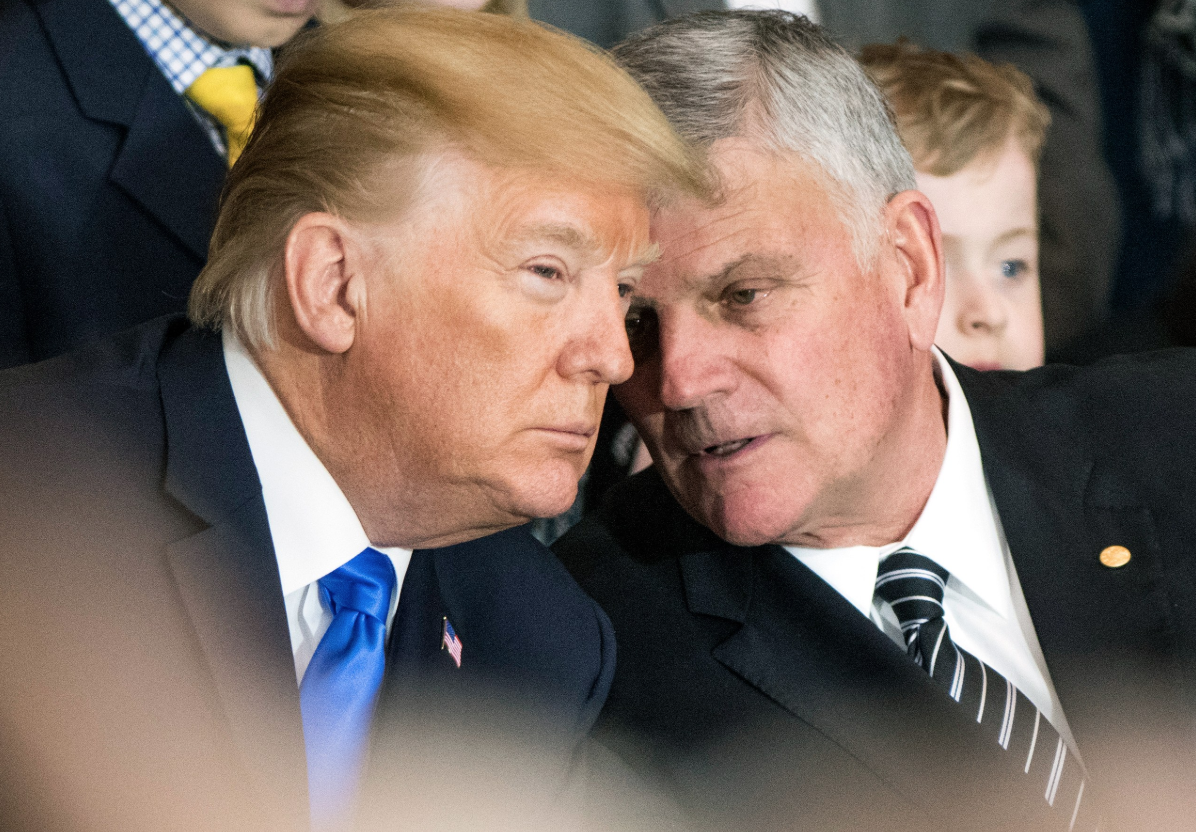 I feel sorry for white Evangelicals and fundamentalist Christians.

It must be awful to go through life terrified; to believe that you are perpetually in danger, to always be threatened by encroaching predators lurking in the shadows, around corners, beneath the bed, and at the border.

What a draining experience it has to be, walking through every day looking over your shoulder, certain that attack is inevitable and that you are soon to be overtaken.

I feel sorry for these people, because I know they can’t understand or reflect the compassionate, expansive love of Jesus, having been weaned since birth on a tiny, fragile faith made entirely out of fear:

fear of an angry god dispensing damnation,
fear of Mexicans stealing their jobs,
fear of immigrants overrunning their borders,
fear of refugees families bringing terrorism in a Trojan Horse,
fear of Muslims smuggling in Sharia Law,
fear of Transgender people lurking in bathrooms,
fear of Atheists assailing their freedoms,
fear of brown people brandishing violence,
fear of Hollywood perverting their children,
fear of a Gay Agenda converting their children,
fear of Science disproving their Bible,
fear of Democrats coming for their guns.
fear of the Media fooling them with fake news.
fear of the Devil coming in the form of reporters, professors, lesbians, and Liberals.

Their accumulated terrors have turned them into what they are now: perpetually petrified human beings whose disfigured, Frankensteined faith has now turned on them.

Their religion is a heartless, fearful monster.

Somehow, what should be a hope-giving, life-breathing, joy-inducing lens for seeing and understanding the world and their humane place in it—has been reduced to a sanctified burglar alarm; forever forecasting doom, forever inciting panic, forever triggering outrage, forever putting their finger on the trigger, forever building fortified walls.

And as a Christian, this makes me so very sad because it’s a million miles from the heart of the story: the one of a Maker who says: “Do not fear.”

It is the most common command in the Bible; the continuous golden tether running throughout the Scriptures: the assurance that faith is the antidote to all that terrifies us, the solid bedrock when threats shake us. Faith is the steady declaration that if god is indeed god, we are safe and loved and that all will be well.

The poet of the Psalms writes in his 27th song of praise: The Lord is my light and my salvation—whom shall I fear? The Lord is the stronghold of my life—of whom shall I be afraid?

(Apparently no one’s read that over at the White House or at FoxNews or in a large portion of Evangelical pulpits in America—because they’re all shaking like dogs before a coming storm and trying to convince us all that we need to tremble too.)

That so many who claim this same fearless religious tradition and profess adherence to this same text, spend so much of their days as if the sky is imminently falling—is something that as a pastor I grieve deeply. I mourn people who can simultaneously say they trust a god of love who supposedly spoke the entire Universe into being—and yet can’t handle a Starbucks cup, an Evolution class, a gay couple in their church, or a distraught refugee families in their neighborhood.

It’s the very pinnacle of cognitive dissonance to say In God We Trust while proving with every frantic, desperate move that they trust no one but foul-mouthed reality TV star who represents everything Jesus warned us against becoming.

The Gospel biographer Mark tells the story of Jesus in a boat with his disciples, when a furious storm engulfs them. Panic-stricken, they rush to find Jesus in the back of the boat sleeping on a cushion and questioning his concern for them. Just before calming the wind and the waves, he asks them,

“Why are you afraid? Do you still have no faith?”

I wonder how those who profess faith in that same Jesus, yet preach a Gospel of terror—would honestly respond to such an inquiry?
I wonder how their hearts might be renovated if their religion became a source of security rather than fuel for generating enmity toward already vulnerable people.
I wonder how differently they might respond to the real pain and despair around them if they saw disparate humanity with compassion and not contempt.

Fearless Christians don’t legislate rights away from other human beings,
don’t see someone else’s gain as their loss,
aren’t fixated on the perceived dangers of those who don’t look, talk, think, believe, worship and love the way that they do.

I keep waiting for so many of these professed people of god to act as if they believe that god is bigger than their fears.

May more white Christians in America come to believe that the sky is not falling, because they know the One who holds up the sky.

And may they stop being so very afraid, for their sake—and the sake of the disparate, vulnerable, hurting human beings that they are becoming monsters to.