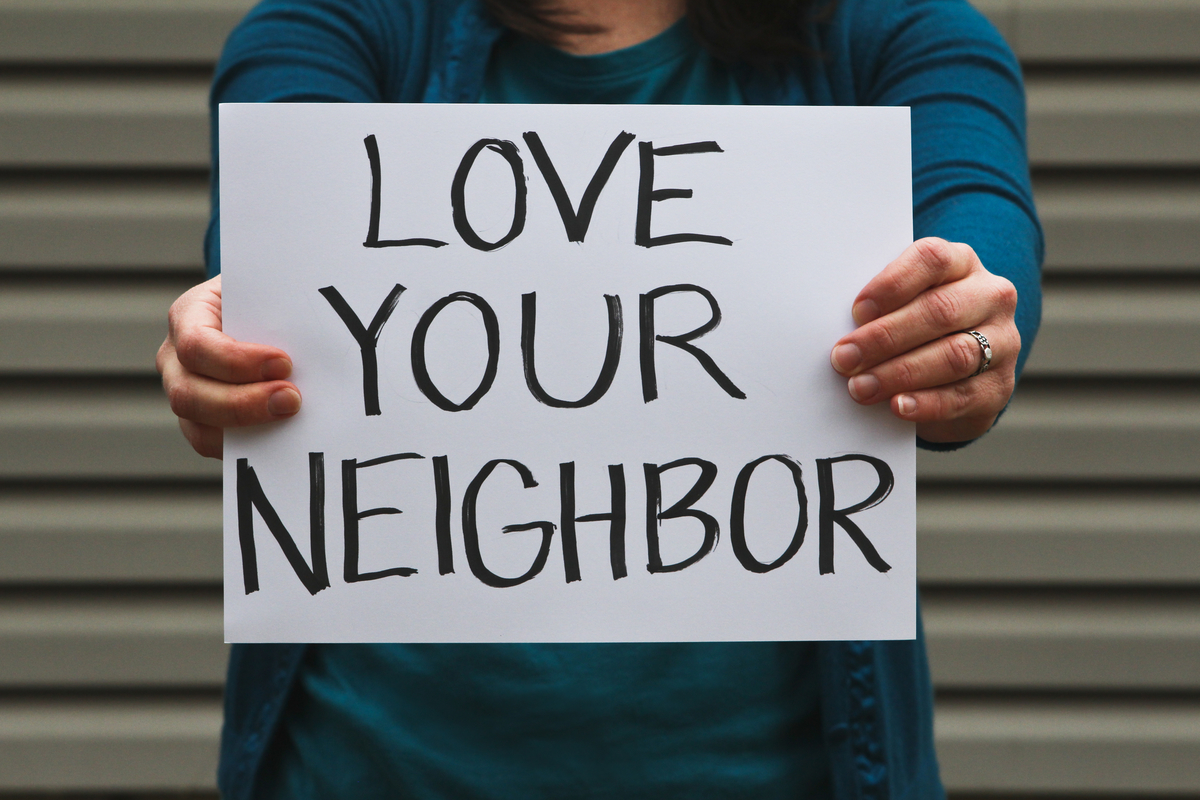 I hear that a lot.

The accusation is lobbed violently from behind anonymous Twitter handles or lazily tossed into neighborhood social media sites or spoken in quiet, condescending holiday dinner conversations.

And every time without fail, these sentiments are delivered by someone who claims that they’re bothered by me being “hateful.”

They’re either lying or they’re in terrible error—because that’s not what’s happening here.

I love migrant children enough to be sickened watching them waste away until they expire in the prime of their lives, surrounded by people with power who could help them but choose not to, people who claim to be pro-life and who are obstinate even as innocent kids die in front of them.

I love the families of the victims of gun violence so much, that I want to do something to make sure that no other parents or big sisters or grandfathers or best friends have to bury people they love prematurely, while being handed copy-and-pasted thoughts and prayers platitudes by those profiting from the guns used to kill them.

I love refugee families enough to want to help them in times of unthinkable urgency instead of abandoning and vilifying them; to want to help alleviate their terrors, not multiply them; to know there is a difference between fleeing and migrating—and that the former is an act of desperation few Americans can fathom.

I love LGBTQ human beings enough to be horrified by the way the religion I grew up with is being weaponized by politicians and preachers to craft them into convenient monsters for ignorant bigots to persecute so they can imagine themselves righteous.

I love physically ill people enough to get really pissed off, when instead of being able to focus on the terrifying questions and the swirling fears and the decisions about treatment—they have to create a GoFundMe page and launch fundraising campaigns to get well or stay alive or provide for their families.

I love Americans and non-Americans: people who don’t look or talk or worship or love like me, people of every orientation and race and belief system and nation of origin. I love human beings, if they are white and Republican and Christian and born here—and even if they’re not.

The only people I have a problem with—are those select few who see compassion as a character flaw, who aren’t interested in understanding the pain another person is going through, who are so callous that they would embrace cruelty instead of kindness, who believe America is their birthright and their pigmentation a sign of their supremacy.

This is what those who accuse me of hatred are actually outraged by.

These people are the only ones calling my divisive right now.

They don’t hate my hatred, they hate how many people I love.

And the thing is, I even love them enough to see how terrified they are.

And so rather than hate them, I’m doubling down on love.

Rather than expend my energies trying to argue cruel people into compassion or to preach fearful Christians into something resembling Jesus—I’m simply going to keep living the way I’ve been taught to live:

scanning the table to see who is not yet seen and heard and welcomed, and pulling up a chair for them, even if it angers those already comfortable at the table.

daily confronting my privilege and asking what someone else’s story might have to teach me about inequity that I am oblivious to and benefit from.

demanding that people not be penalized or demonized because of where they were born or the poverty they were born into or the unchangeable parts of who they are.

affirming that religion of any worth always makes more room for people, not less; always heals wounds instead of inflicting them; always demolishes walls between diversity, not fortifies them; always abhors violence instead of cultivating it.

And if all of this leads me to be labeled divisive and confrontational and hateful by a few, I’m going to rest in the knowledge that this is their problem not mine.

Love is still the greatest weapon we have in the face of fear, it is still the antidote to all that afflicts us.

It is the fierce, defiant, bleeding heart of compassionate love that simply will not be silenced and will not relent.

I’ll die on that hill every single time.