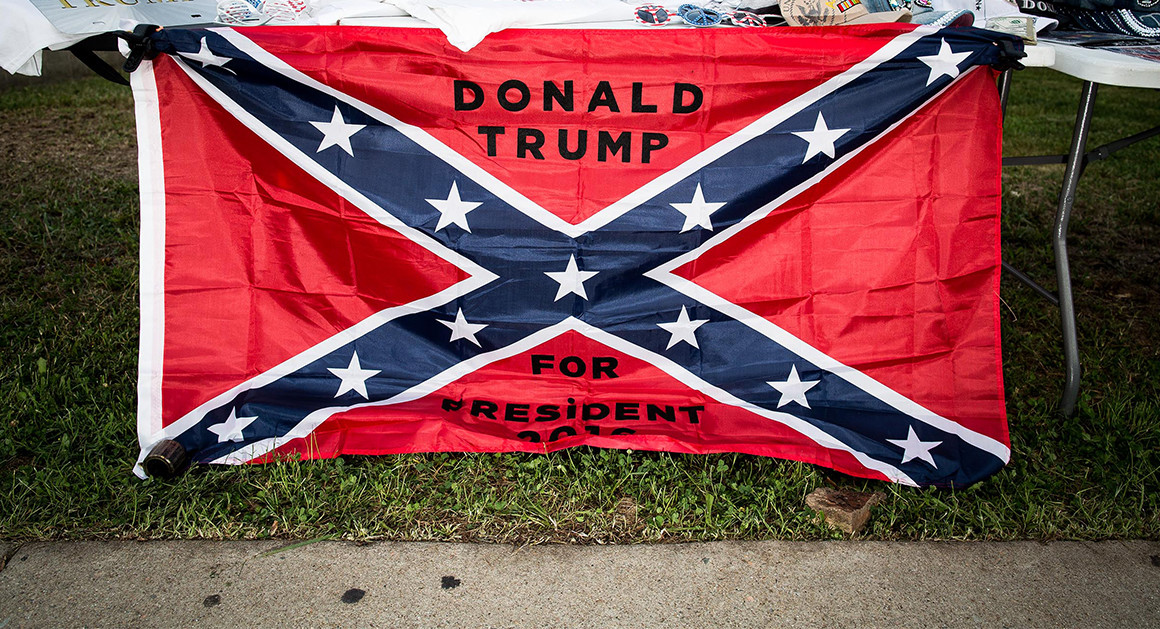 The heralds of disaster are hard at work right now.

They are prowling social media with dire prophecies and wielding megaphones in ramped up rally crowds and forecasting doom in sweaty Sunday sermons.

They warn us that a civil war is coming: if he is impeached, if he is removed, if he is voted out—they say it will be a declaration of aggression and that there will be no turning back from the bloodshed.

Such threats are empty salvos made of hollow words.
They are the toothless blusters of paper tigers.
They are the last refuge of terrified bullies realizing that they are on the wrong side of morality and of history.

The war has already begun.

That’s the point.
That’s why we’re here.
We’ve been in the middle of the fight for years now.
They declared war on a Tuesday in November: a war on character and decency, a war on honesty and empathy, on kindness and forthrightness, on facts and humility—and we were unceremoniously drafted that day.

Since then the battle lines have already been well drawn, the trenches dug deeply, and the heavily fortified bunkers erected between spouses and siblings and best friends and co-workers. Their once unbreakable tethers have been irreparably severed in the hourly skirmishes and daily battles of warring theologies, tribal politics, opposing convictions, and conflicting versions of America’s greatness.

Over two scores of months, the internal injuries have been sustained, the friendly fire delivered, and the bloody hills taken—inside the disorienting war zones of jittery holiday meals, unwieldy break room conversations, and uncensored social media exchanges. One by one the civilian casualties have mounted and we have seen it from the ground.

The walking wounded continually stumble from relational detonations and protracted cold war silences, knowing that their homeland is never going to be the same again. This is a pivot point for our shared story, the greatest national fracture of our lifetimes—which is why their proclamation of coming conflict is old news to us.

We know that it will likely never come in the form of the widespread physical violence that these trigger-happy prophets of terror seem to desire, but no matter—the brutal collateral damage is already being felt in small and the close places of homes and churches and neighborhoods. This is a frightfully intimate confrontation. Over dining room tables and water cooler conversations, we see the hatred in the whites of the eyes, of people who fear diverse humanity and see themselves being replaced in the land they have believe they inherited as their birthright.

It’s telling that those predicting violent national conflict are still doing so while clinging to their weapons and threatening to essentially don military regalia and take to the streets with musket and bayonet to assault their neighbors. They are living relics of an outdated, dusty, supremacist ideology that so many have evolved beyond; still hopelessly trapped in a dead-flag-waving war that ended over two hundred years ago.

That’s why those of us who are here on the ground are fighting a different battle in a different way.
We’re fighting for the vulnerable people: for the migrant child and the transgender teenager and the Muslim family; for the sick and the afraid and the hungry.
We won’t wage this war with guns or cannons or bombs or knives.
We’re fighting with our numbers and our ideas, with our dollars and our votes.
We’re fighting for the soul of this place, and we aren’t going back to that earlier war they desire.
We aren’t going to rewind in time and injure human beings while declaring the value of human beings, or allow religion to be perverted to declare anyone immoral inferior.
That simply isn’t up for debate.

This President hourly commits acts of aggression in incendiary tweets about Democrats and Liberals and foreigners.
Mitch McConnell daily declares war as hundreds of bills that could heal and help Americans, lay dying on his watch.
Franklin Graham and the Religious Right mount continual assaults while wielding a white supremacist nationalist Christianity.
FoxNews and Breitbart relentlessly assail the Truth with disinformation and abject lies.

What these harbingers of division don’t understand, is that goodness never runs from threat; that we aren’t intimidated by someone predicting, as a future possibility, what we already know as present reality. We cannot be threatened out of our convictions no matter how costly they prove to be in days when cruelty holds power or zealots walk around with sidearms.

Cowards with guns will never be a match for non-violent people armed with courage and compassion. History tells this story over and over again, so we’re okay with the side we’ve chosen.

So, the threat of impending war doesn’t strike fear into our hearts because our boots are already here on the ground working for compassion and for the worth of all people, and we are presently bruised and bloody by the fight for the common good.

Yes, those forecasting civil war are right: they’re just late to the battlefield.