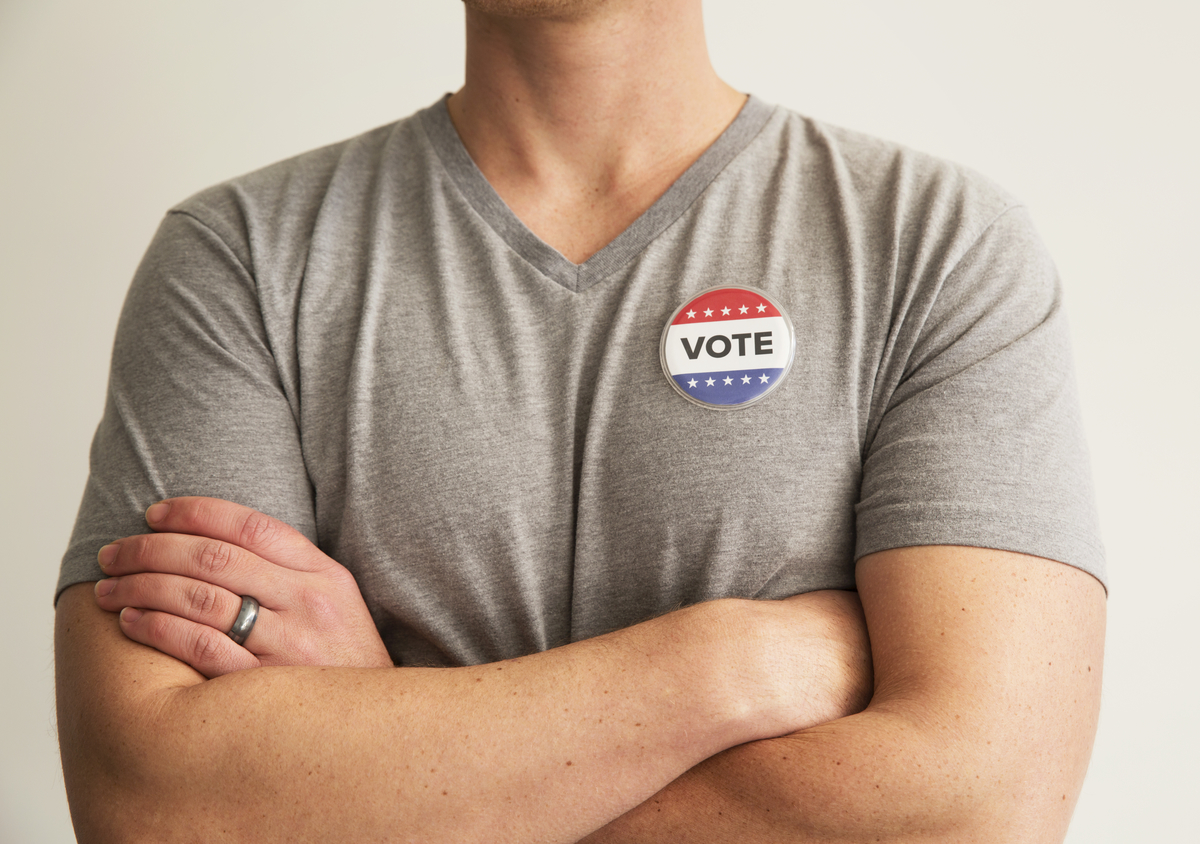 We’re doing fine on our own.

The enmity and ugliness of the Democratic primary season has been off the charts, and particularly shortsighted given the fierce adversary we’re facing, how much damage the infrastructure of our nation has sustained—and how fully complicit the Republican Party has been in enabling the degradation of our planet, the perverting of our courts, and the dismantling of our systems over the past three-plus years.

It’s been sickening by any measure decent people use.

And yet somehow, despite the historic atrocities they’ve witnessed and despite how much pain so many people are in and despite the brazen, unchecked criminality in the White House—apparently there are progressives who are fine allowing it to continue for another four years. They’re perfectly willing to subject humanity to another season of abject brutality if their guy doesn’t get the nomination.

If you ever want to see privilege personified, there it is.

Having a Democratic candidate who is a deal breaker, or threatening to opt out if your chosen candidate isn’t on the ballot in November is a clear and vociferous declaration that the current Administration has not that adversely affected you yet. It is confirmation that you are insulated enough from harm that you can be that cavalier with your vote or your lack of it, that you’re prepared to endure 1,460 more days of this.

This is the very heart of privilege: to look at the state of this nation, at the unprecedented lawlessness of this administration, the stratospheric malevolence of this president—and still decide you’ll be fine with it continuing so that you can make a point.

Declaring yourself a “_________ or Bust” progressive now is a sure sign that you don’t fully comprehend or appreciate what bust looks like for truly vulnerable people right now—and what it would become the further down the road we go if this despot is not removed.

Bust, is children taken from their parents and placed in cages and being refused medical care and affection and decency.

Bust, is terminally ill people having to choose between staying alive and keeping their homes.

Bust, is decades of protections for the air and the water and wildlife and habitat tossed into the garbage.

Bust, is Muslims and atheists and Jewish people, and every other non-Christian human, being subjugated to a nationalist, white supremacist Evangelicalism.

Bust, is women losing autonomy over their own bodies and healthcare decisions.

Bust, is a Judiciary that is being rapidly polluted, looted, and repopulated with bigots, sycophants, and Republican shills who have no interest in justice.

Bust, is a CDC woefully unprepared for public health crises.

Bust, is an Administration slowly closing off access to the Free Press and manufacturing and broadcasting fictional propaganda.

Bust, is LGBTQ people daily losing  hard-fought rights and protections in their workplaces, in the military, in their communities.

Bust, is an unchecked President and Republican-controlled Congress having no limits on their unabated cruelty for another four years.

If you can view this as acceptable collateral damage of you making a point about how much you love your guy—you don’t have that much skin in the game or you haven’t studied history or you aren’t paying attention yet.

Some people don’t have that option.

Fathers living in churches under sanctuary right now aren’t able to let this President have his way for another term to make a point.
Transgender teenagers don’t have the luxury of letting their vote be a middle finger to the Democratic candidate they have an issue with.
Families with children with preexisting conditions aren’t able to play chicken with their purity politics.
The marginalized and vulnerable people continually assailed by this Administration likely aren’t arguing over whether one guy is establishment or another guy is a socialist: they know that the guy across from both of them is a tyrant, and the only thing that matters is his removal.

I’m not saying the “_______ or busters” don’t have struggles or ideals or valid criticisms of the system, and I’m not saying they shouldn’t passionately advocate for their candidate of choice during the Primary. I’m saying that at the end of the day, if they refuse to strategically consolidate their voices with other like hearted people, they’re ultimately willing to gamble using other people’s lives—and that’s not something anyone should be proud enough of to punctuate social media posts with.

Yes, the two-party system is restrictive and it’s antiquated and perpetuating systemic inequities, but the only way that system will be changed is through Democratic control of the system, right now, period. The Dems aren’t the sole answer, but they are the mechanism to us buying time to find it.

A revolution of policy or a renaissance of humanity cannot happen without participation in and access to the process—and we all will lose that access if we do not move in concert right now. Of course, some people are opting out because they feel no party offers them hope, but our responsibility is to energize them and to secure the opportunity to fix what is broken together. We need to stop using false equivalencies—because there is nothing comparable to the malevolence of this presidency.

I believe progressives, liberals, and moderates can and will figure out how to navigate our differences and to build an America that everyone can feel ownership of—but we need the space to do that.

This is a historic spot in our national history and we don’t have the luxury of using it as leverage to have everything we want right now. So no, I won’t be okay with protest votes or abstaining from voting or privileged purity stances while America is burning.

In this moment, we cannot allow a man so bereft of decency and a party so complicit in inhumane acts on his behalf, to possess it for another four years, because we will have lost the method of speaking at all.

Donald Trump is a threat to public safety. He is a bigot and a predator and he will not relent in destroying this nation for profit, and the Republican Party has proven they will ride his coattails into fascism.

We need to stop using him as threat or an ultimatum.

America deserves better than that.