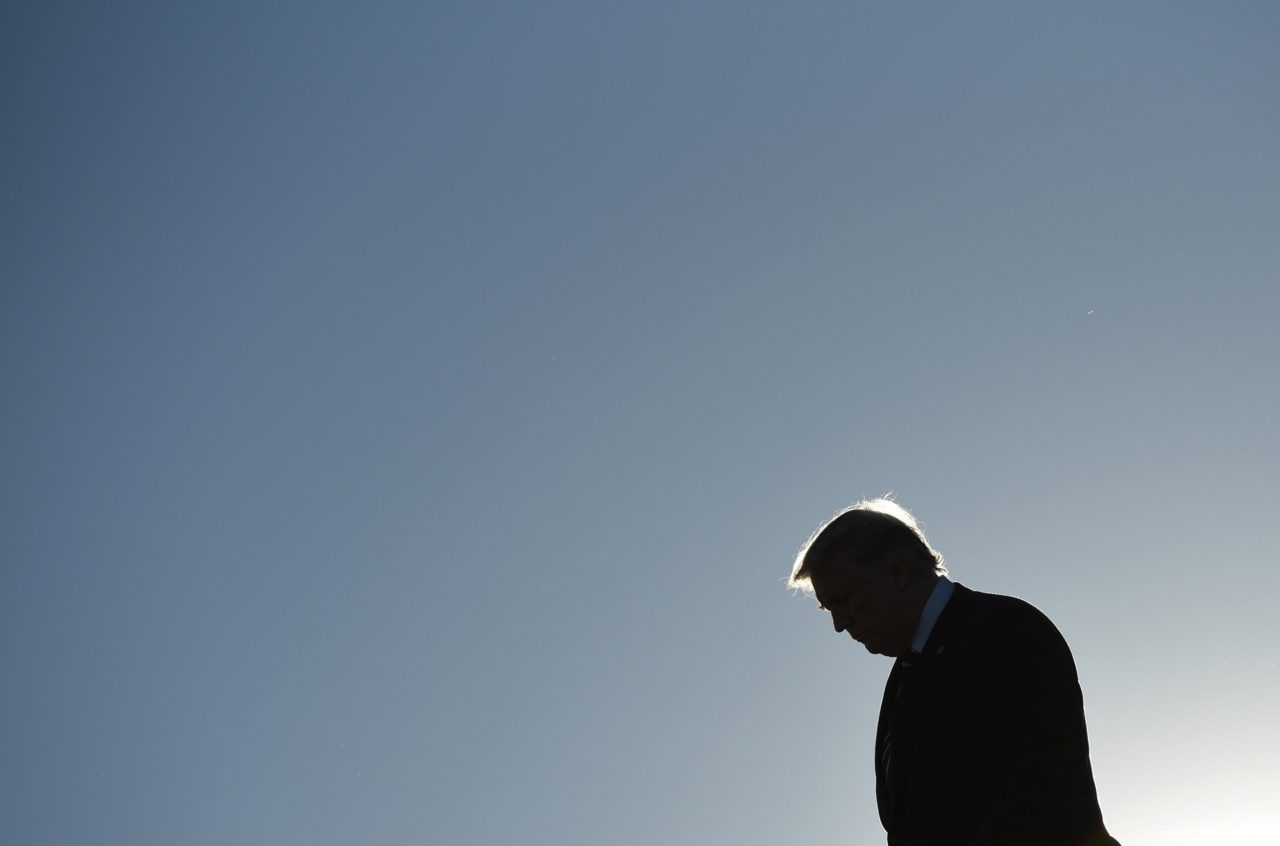 Last night I was having a Face Time conversation with a friend.

In our sleeplessness and anxiety we were debriefing the last few simply unfathomable days:
the alarming acceleration of the virus,
the shocking waves of cancellations and shutdowns,
the wholesale closing of public school systems,
the terrifying sight of empty grocery store shelves,
the dominoes of travel restrictions and airport chaos,
the daily national financial collapses, the business closings, the job losses,
the complete panic seeping into every crevice of our nation,
the strange isolation of people physically separated from one another,
the endless, sprawling pathways of thought leading to so many future unknowns.

At one moment, my friend paused and said with relief, “Well, the only bright spot is, maybe Trump is finally going to be gone. Maybe seeing him completely fail and be exposed in this pandemic is enough for some people to turn on him.”

My first response was to agree with him—but then I just felt my blood boiling and I grew furious.

This is what it’s going to take for people to finally sever their vise-grip allegiance, this is what is necessary to shake them out of their three-year cultic stupor: a rapidly metastasizing pandemic and a quarantined population and thousands of infections and abject terror and looming recession and loss of life and loss of jobs and a country that may be irrevocably damaged—and his lying, gaslighting, reckless, bumbling incompetence?

It needed to come to this for millions of people to even begin to wake up?

Not election fraud,
not a cadre of white supremacists and criminals in the White House,
not a brazen nepotism polluting the Administration with his family,
not a nonstop stream of toxic tweet sewage and,
not a relentless, never-ending litany of smirking half-truths and straight-faced lies.
not the silencing of protesting athletes,
not the callous indifference to mass shootings,
not families separated at the border,
not children caged like animals,
not the rising hate crimes,
not the vile nicknames,
not the rollback of environmental protections,
not endless assaults on health care or the poor or the sick.

Those things weren’t enough for their holy discontent to rise up, for the red, white and blue scales to fall from their eyes and for them to see clearly who he is and how much damage he’s inflicted.

What does it say about the collective morality of people, for whom everything up until complete national economic collapse and pervasive illness is acceptable? How can it be, that only this historic mishandling of a national disaster could become the bridge too far?

Honestly, I’m not certain that even this will be enough to move their sycophantic hearts to the place where they can admit how terrible a decision aligning with him was, but even if it is—I grieve that the only thing that was capable of waking them up, was something so painful and deadly and destructive to so many people. I mourn the reality, that the pain of others (of migrants and working mothers and Muslim families and transgender teenagers and exhausted refugees and black activists) was never enough to trigger their outrage—it was only when the suffering got too close to home, that they began to give a damn.

So this November, even if he is removed because a small portion of them finally rejected him and we can begin to rebuild from the rubble that will be left, I’m not going to celebrate, because it will have come with such a heavy price. I’m not going to rejoice knowing how malignant and invasive suffering needs to be before it tips the scales within them.

It should have never come to this moment, when his lies and ineptitude and fraudulence leveled us.

It should never have taken a disaster to remove a disaster.

That’s the kind of America we’re going to have to live in moving forward.