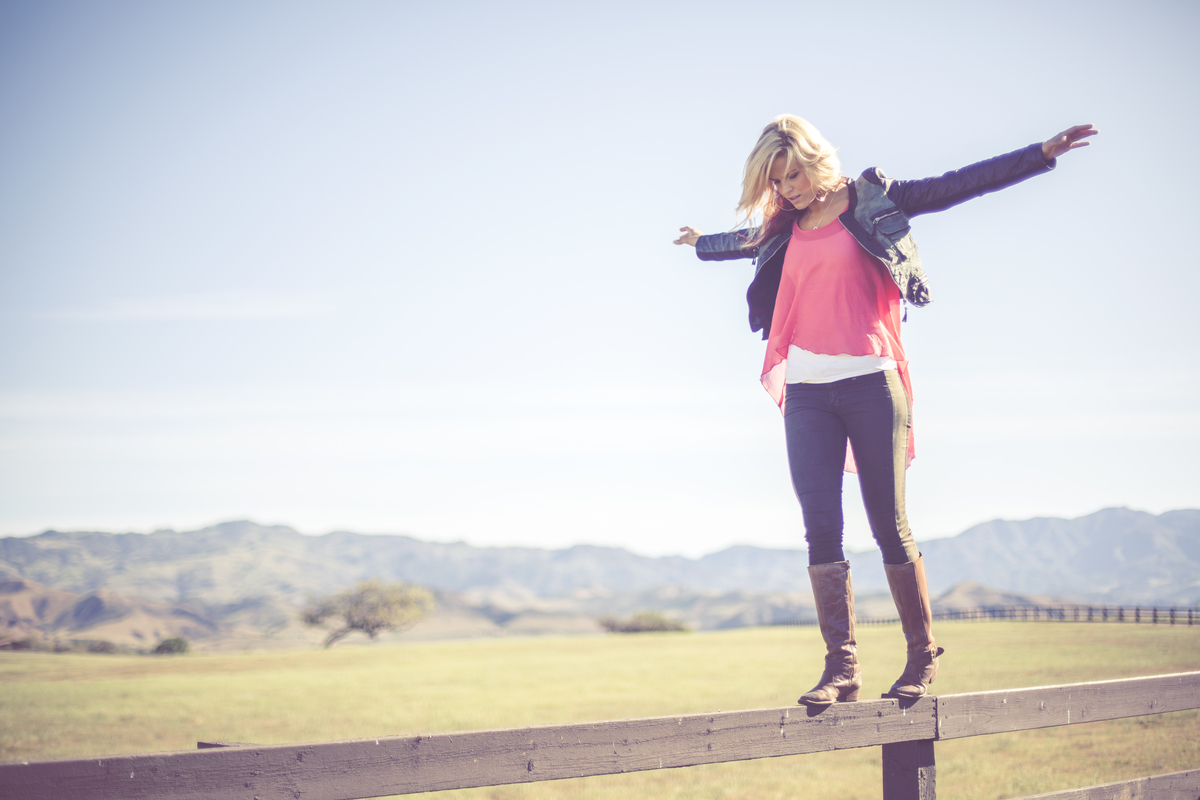 A friend of mine shared a social media post from a white Christian woman confessing that she was “torn” because of the side-choosing right now in America; saying “we’re all on the same side,” and that we shouldn’t fall into divisiveness or politicizing because of this pandemic.

I hear this a lot from white moderate Christians right now—and I disagree with it every time.

Sometimes it’s not okay to be “torn.”
Sometimes that torn-ness is a sign of our privilege.
Sometimes it yields silence in matters of justice.
Sometimes false equivalencies are deadly.
Sometimes the fence is a deeply dangerous place to reside.
In my Christian tradition, Jesus shows us this over and over. I love the image of him as the Good Shepherd with which you may be familiar whether you’re a person of faith or not. Moderate Christians tend to overlook the implications of this description. Yes, he was compassionate caregiver to the harassed and helpless sheep—but to those he saw as the wolves he was bold, public adversary. That was a redemptive position: to protect some people and rebuke others, to have a loud, unambiguous stance.
Often morality requires a voice that says, “This is a threat to humanity and this is wrong.”
Humanity becomes “the side,” and violence toward it, its opposing side—while the fence becomes a place of conscientious objection in that war.
The fights for justice and equality always work this way. Yes, we see individuals and we respect stories—but we challenge the systems that impact those stories, even if that places us in the uncomfortable spaces of confrontation.
There are quantifiable realities here in America right now:
We have a pandemic that has infected one million people and killed 56,000 in two months.
We make up nearly thirty percent of the world’s cases, while only four percent of the population.
Numbers of cases are still growing in large portions of the country, and we have a shortage of tests and masks.
We have no system of mass testing and we’re still months, if not a year away from a viable vaccine.
People still can’t get toilet paper or hand sanitizer in stores.
We have had politicians suggesting elderly people should/would willingly die for the economy.

We have a leader who a few weeks ago was calling it a “Democratic hoax,” who has lied dozens of times in front of the nation, who shows no compassion for the dead, and who only days ago suggested injecting disinfectant was a possible option—while simultaneously pushing governors to open the economy without testing for everyone and without the possibility of a vaccine for months.

As a result, we have people protesting to be allowed to be public carriers of a virus to other people so they can get haircuts and go golfing. They are carrying signs that say “Sacrifice the Weak.” They are shouting in the faces of nurses. They are rushing us back into harmful proximity with one another for the sake of the money Jesus said we could not serve, if we really love God.
These very real objective realities require a decisive response from people of faith, morality, and conscience, and that often means defining our moral dealbreakers; things that transcend “differences of opinion.”
For me:
White supremacy is a side.
Nationalism is a side.
Homophobia is a side.
Contempt for immigrants is a side.
Ignoring science is a side.

People going out and spreading a deadly virus is a side.
A president generating medical misinformation is a side.

These positions are not simply differing perspectives meriting quiet coexistence. They are acts of violence against already vulnerable people based on unchangeable parts of who they are—and we either confront that violence or we abide it.

The coming election will be yet another opportunity for us to take a side, and be certain, there are only two: nurturing this vile movement in our nation or opposing it. We can talk around it with false equivalencies or try and cloud it with semantics or dodge it with decorum—but it is that simple. With our votes or our abstinence, we will speak clearly and eloquently, whether or not what we are seeing from our leadership right now is acceptable—because there will be more humanitarian crises, more national emergencies, more natural disasters.

Sometimes life necessitates a decisive choice; something that pushes you to a side because humanity demands it, and to not make that choice isn’t an act of tolerance or maturity, but of cowardice.

To claim that we’re all on the same side and that there are complexities at work is often true. I believe in the uniqueness of individuals, the nuance of our perspectives, and the complexities of issues—but when people at the top of the political and religious institutions are perpetuating a binary us and them over and over again—especially when it puts lives in direct peril as it is right now, championing our oneness means calling that out.

White moderates, especially those of faith, it’s time to get off the fence.

It’s time to choose a side and to do it loudly, confrontation and discomfort and relational collateral damage be damned.

Our tradition declares that humanity is worth it.

I leave you with the words of Reverend Martin Luther King Jr:

“First, I must confess that over the last few years I have been gravely disappointed with the white moderate. I have almost reached the regrettable conclusion that the Negro’s great stumbling block in the stride toward freedom is not the White Citizen’s Council-er or the Ku Klux Klanner, but the white moderate who is more devoted to “order” than to justice; who prefers a negative peace which is the absence of tension to a positive peace which is the presence of justice; who constantly says ‘I agree with you in the goal you seek, but I can’t agree with your methods of direct action;’ who paternalistically feels he can set the timetable for another man’s freedom; who lives by the myth of time and who constantly advises the Negro to wait until a ‘more convenient season.’

May we not be lukewarm fence-sitters in these days.