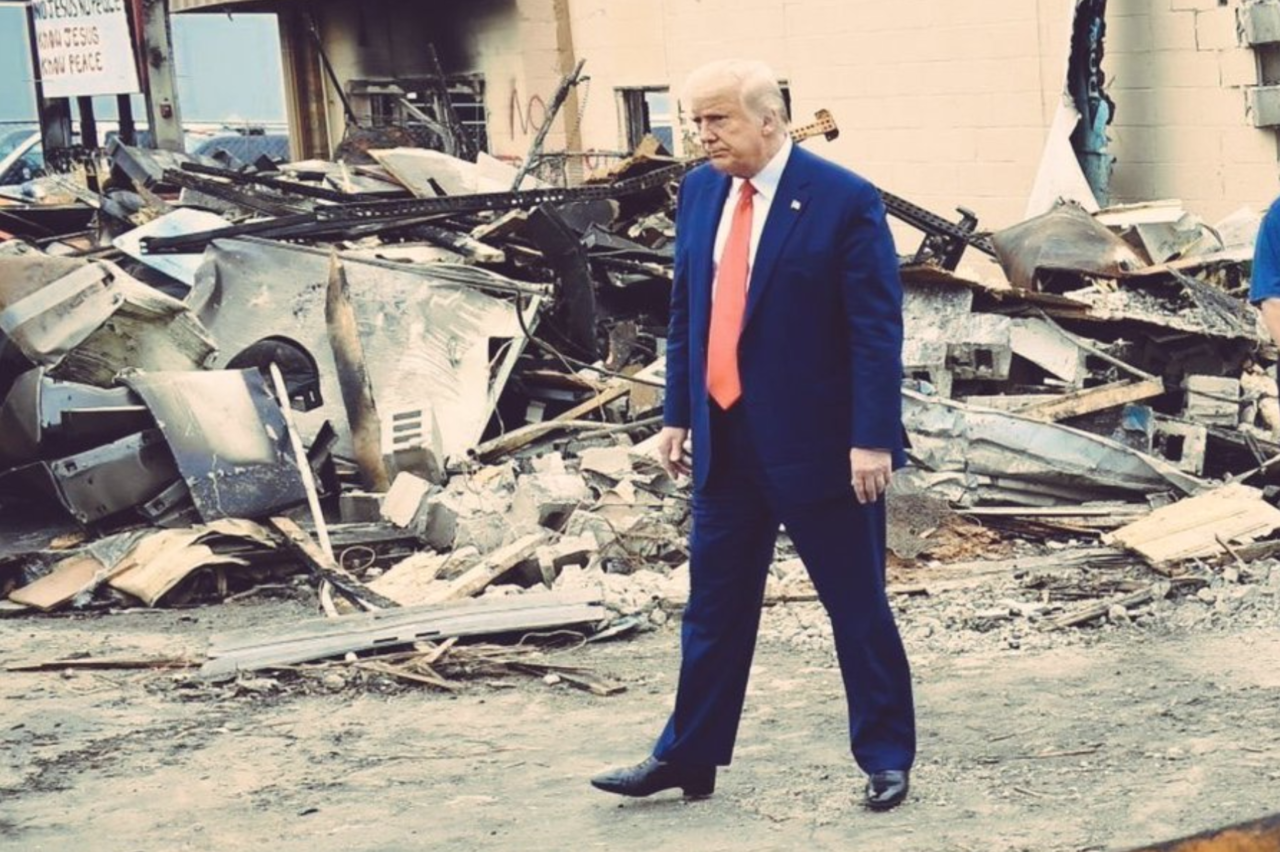 Donald Trump is right: you should be very afraid.

Though, just not of the people he tells you to fear.

I know this year has been relentless in its terrors and challenges, and in your exhausted state it may be difficult to think clearly but I want to try because it’s important.

I want you to step back and consider the message he’s been sending to you in his press conferences and via overnight tweet storms and through his bottom-feeding surrogates and in his dollar store stormtrooper deployments—and especially with his extremely rare silence:

Police brutality against people of color is somehow always acceptable and justified—but protesting that brutality it is never under any circumstance: not silently kneeling on a football field or wearing a jersey or any other method.
White, anti-mask Americans with weapons on capitol steps are courageous patriots—but disparate citizens marching with children and signs are dangerous subversives.
Killing unarmed civilians with a high-powered rifle is an act of reasonable self-defense—while standing in the streets with locked arms to express outrage at it, is an act of aggressive and lawless provocation.
Property merits curfews and armed defense, while black human beings are left abandoned and discarded.

Have you ever stopped to really consider what the supposed President of this nation is perpetuating right now, and why?

For weeks, as Joe Biden’s polls have climbed and his own base has eroded, Trump has sounded the shrill and transparent dog whistle of “the Suburbs,” and warned all the “Suburban Housewives” that Biden and Kamala Harris are going to leave them defenseless and vulnerable and surely bring them to ruin.

What is this sudden preoccupation with the “Burbs?”

I think the technical term is racism.

With his dire “suburban sky-is-falling” prognostications, Donald Trump is saying, “Hey, white people: I have nothing left in the tank but a last-ditch effort to leverage whatever bigotry still afflicts you.”

He has had no plan for this pandemic from the beginning.
He he had no response to the decimated economy beyond all-caps “OPEN AMERICA!’ rants.
He has offered no words of consolation and compassion to heal this  grieving and fractured nation.
He has never once uttered the words, “Black Lives Matter.”
He said nothing to acknowledge the murders of George Floyd, Breonna Taylor, Ahmaud Arbery—but already defended a confessed murderer in Kyle Rittenhouse.
He has spoken more words condemning bags of soup, than semi-automatic weapons.

He has no platform, no ideas, no visions for a united and prosperous America or intentions of stewarding one—just nihilism, supremacist tropes, phony ANTIFA nightmares, and nonsensical myths about planes of thugs coming in from God knows where.

He is bereft of options as a leader and he wants—no he needs, your white fear of black people.

He is counting on it because he knows it is his only hope, which is why he is desperately sounding this inverted moral alarm, one I want you to really think soberly about:

The Trump Administration wants to make you afraid of the people being executed, not the executioners;
to be terrified by young mothers in yellow shirts and not unidentified officers in military armor;
to fear the unarmed people in streets begging for justice, not the ones running around with AR-15s meting it out themselves;
to see the ones silently kneeling as more of a threat than the ones violently kneeling on necks;
to see anti-fascism somehow as the threat to America.

Don’t give him the race war he wants.

We have come too far as a nation and endured too many wounds along the way, to be pulled back into the monstrosities of our past ignorance, simply because this President is not equipped or interested in leading the diverse and expansive place we are becoming.

White friends, please reject these desperate, ugly attempts to weaponize human beings against one another. This is a fruitless war and it does nothing to make this nation great or good.

Fear the dividers and terror-peddlers.
Fear the prophets of coming disaster.
Fear the defenders of domestic terrorism.
Fear the priests of supremacy.
Fear the brokers of bigotry.
Fear the Confederate nostalgists.
Fear the “LAW & ORDER!” shouts of lawless men.
Fear the bankrupt leaders with nothing left for currency but fear.

Fear the panicked, addled despots with no other play than civil war.