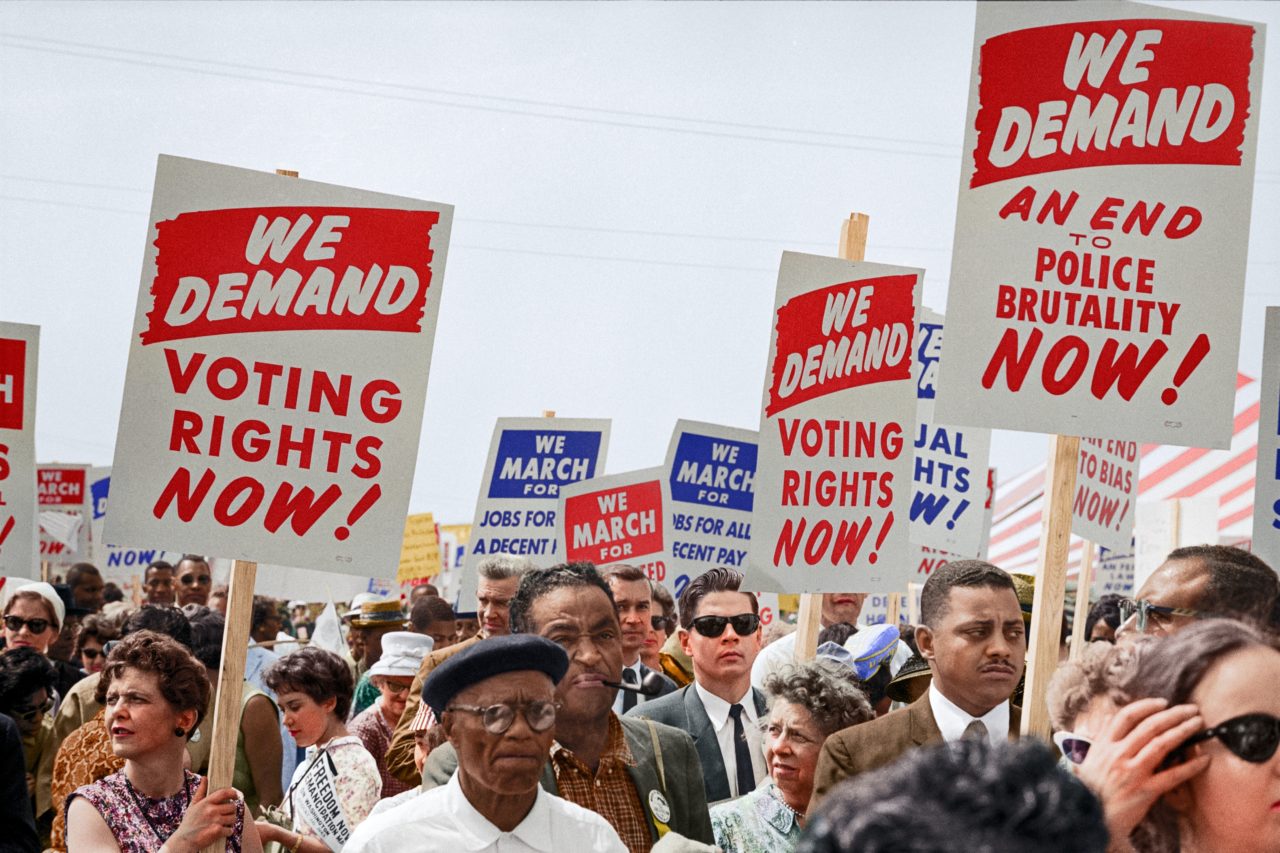 How much is America worth to you?

What would you sacrifice in order to stop the suffering you’re seeing every day on the news and on your timeline and in your neighborhood and in your living room?
How much would you be willing to lose if you knew you could alter the trajectory of this nation?
What courageous and selfless acts might you be capable of, if you were certain that you could be the difference in millions of human beings living or dying?
If America were placed in your hands alone, how much would you give to protect it?

Fortunately for you, you’re not being asked to do any of those things right now.
They have already been done for you.
Those costly payments were made on your behalf by people you’ve never met and whose names you’ll never know.
Your forebears endured these bruises and scars and this unthinkable suffering—all so that you could live with the invaluable gift of the voice that you have now and take for granted.

No, you aren’t being ask to bleed or to kill or to die in order to honor them and to steward the nation entrusted to you?

You’re just being asked to vote.

You’re being asked to click on a website and register without even moving from the spot you’re sitting.
You’re being asked to order an online ballot that will come directly to your home.
You’re being asked to take a literal minute or so to fill it out in comfort and anonymity and either place it in your mailbox, or drop it off on your way to the grocery store or the gas station.
These efforts might take an hour, at the very most. You likely could have done them in the time it will take you to read this piece.
Or, if you prefer to show up in person, you can vote early to avoid long election day lines, making your voice heard usually in a matter of minutes.

And failing all of these less-invasive options, you could be required to make a massive sacrifice on November 3rd:
You may be asked to give up 7 or 8 hours out of the 168 you’ll get that week; out of the 8,760 hours you get this year—and stand somewhere in a mask, step into a voting booth, and with a flip of your finger, bend the moral arc of the Universe toward justice.
Then, you’ll get to return to your life already in progress, to enjoy the other 16 or 17 hours of that day.

The only question left, friend and fellow citizen of this beautiful but presently assailed nation: is that too much to ask of you?
Are eight hours or less, too great a hardship to endure in order to defend your homeland and its people and the Constitution undergirding them?
Are there more pressing issues you need to tend to that day that outweigh what hangs in the balance; greater than defending the worth and dignity of the disparate human beings around you?

I’ve heard you lament how horrible this nation has become in the past four years.
I’ve watched you grieve deeply over the cruelty of our leadership and the unnecessary deaths of this pandemic and the unthinkable recklessness of this Administration.
I’ve recorded your sustained anger at the prolific disregard for humanity trending every morning.
I’ve listened to you speak eloquently about how far we’ve fallen as a nation.
I don’t care about any of that, because that cost you nothing.
I just want to know what you’re going to do about it now.
I want to know if you’ll do the one thing that complaining and protesting and marching and tweeting and arguing can’t.

Eight hours (and very likely, far less) to say thank you to the generations before you who suffered and sacrificed and fought and lost and bled and died—so that you could have the voice you now have and are still undecided about using.

Between now and November 3rd, you’ll have responded clearly and explicitly.

What will you have said on November 4th?

You have eight hours to save America.