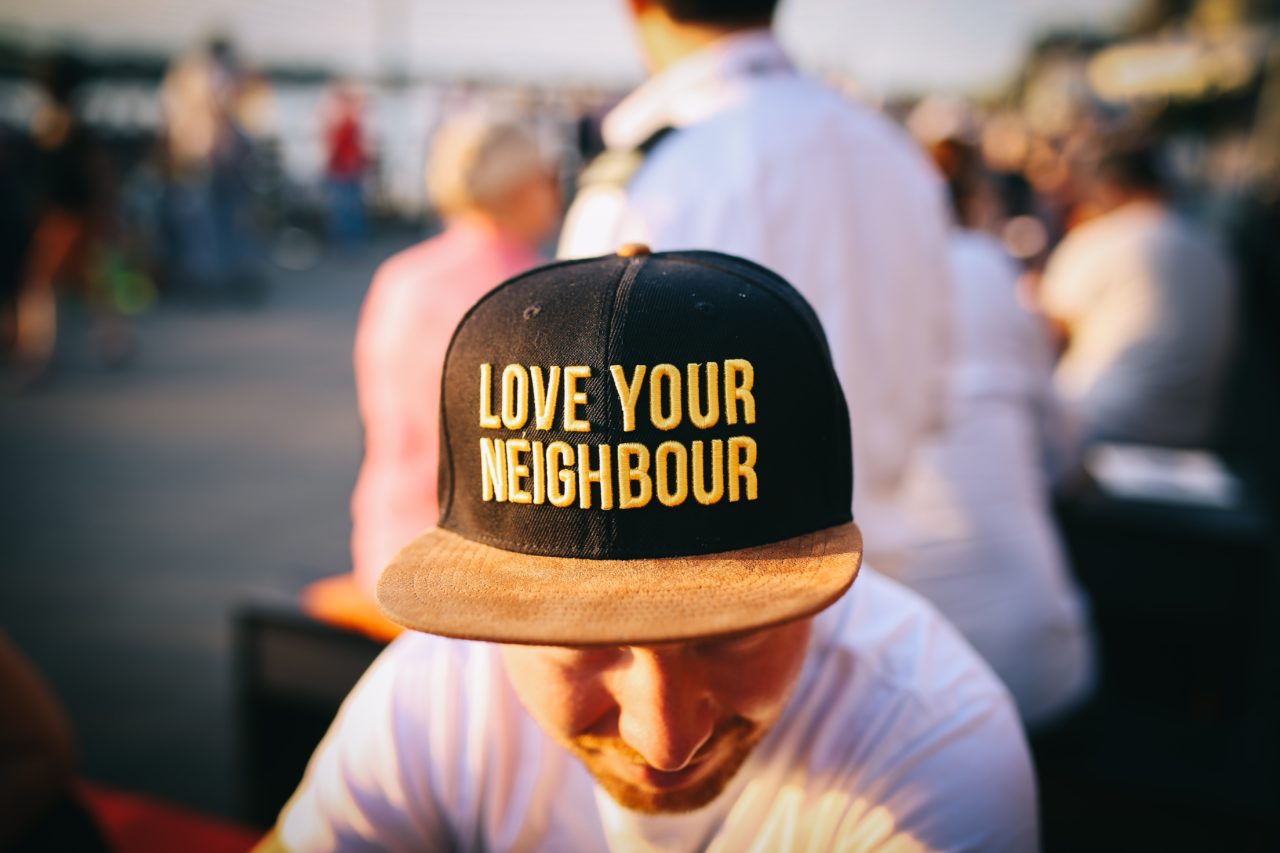 I’m not with them.

Hundreds of times every day I feel compelled to break into stranger’s conversations on social media or in the checkout line or in my neighborhood, whenever I see them encounter professed Christians who support this president—and I want to apologize profusely to them.

As someone who seeks to follow Jesus and aspire to his teachings of compassion, generosity, and radical hospitality, I feel compelled to publicly distance myself from their unrepentant vitriol and cruelty; to tell these goodhearted people bearing the brunt of their disfigured MAGA religion that this is not the Jesus I know; to remind them that a vast multitude of faithful people are as horrified by them as they are. I want them to know how much I grieve it all along with them and that it makes no sense to me, either.

As a twenty-five year local church pastor, the most tragic part of the rapid erosion of decency and empathy in America, is seeing that it is all coming from people who most loudly declare that a supposedly loving God is their motivation—to know that the exponential rise in aggression toward immigrants and people of color flows from alleged followers of a dark-skinned, Middle Eastern Jesus who they would fully abhor.

It’s a stomach-turning realization because I know what a confounding, anti-Christian Gospel they’re preaching to the world right now and how they are violently driving decent people from religion and derailing their spiritual journeys—because the cognitive dissonance of Jesus’ words and their responses defy comprehension.

I am so sorry for MAGA Christians.

I’m sorry for them, because I know they have no idea who Jesus is.

Perhaps they once did, but because of some toxic cocktail of fearful theology, partisan media, inherited racism, anti-Science rhetoric, and political tribalism—he has been all but entirely squeezed from their hearts and replaced with some terrible, sneering white abomination that bears his name, but little else.

The Jesus of the Gospels is nonexistent in them:

His overflowing compassion that fed a hillside multitude, not because they agreed with him or earned their free meal—but because they were hungry.
His heart for the alone, vulnerable, and invisible that declared he resided with them in their suffering.
His tenderness toward the hurting and the afraid who were drawn to him because they recognized they were seen and safe in his presence.
His gentleness that elevated the strength found in quiet humility and soft-hearted peacemaking.
His perseverant love for his neighbor and for the least and for his enemies.

There is none of that in these people, and that is a flat-out sin.

There is only this boasting, angry, greedy “don’t tread on me” bravado.
There is only their callous revelry at the suffering of others.
There is only an insular, protective, territorial hoarding of blessings and opportunities.
There is only this snarling, middle-finger contempt for so much of the hurting, scared, sacred humanity that crosses their paths every day needing healing—and finding greater injury.

I am so sorry for angry MAGA Christians, because of how much damage they are joyfully doing to so many—in the name of a Jesus who spent his life being radical hatred’s beautifully defiant counterpoint.

I’m sorry because I know the dilemma earnest people of faith are facing in these moments: they are drawn to Jesus’ teaching and repelled by hateful Christians. I feel the same way. I am exhausted from trying to perpetually overcome MAGA believers, to find any sign of the one they say they believe in.

And since I can’t seem to reach these people, all I can do is to declare as often and as loudly as I am able, that I am not with them.
We are not of like heart or like faith.
We are not doing the same work.
I do not share their fear of their neighbor.
I do not echo their contempt for the least.
I do not co-sign their prolific malice.

Forgive them, they know not what they do.