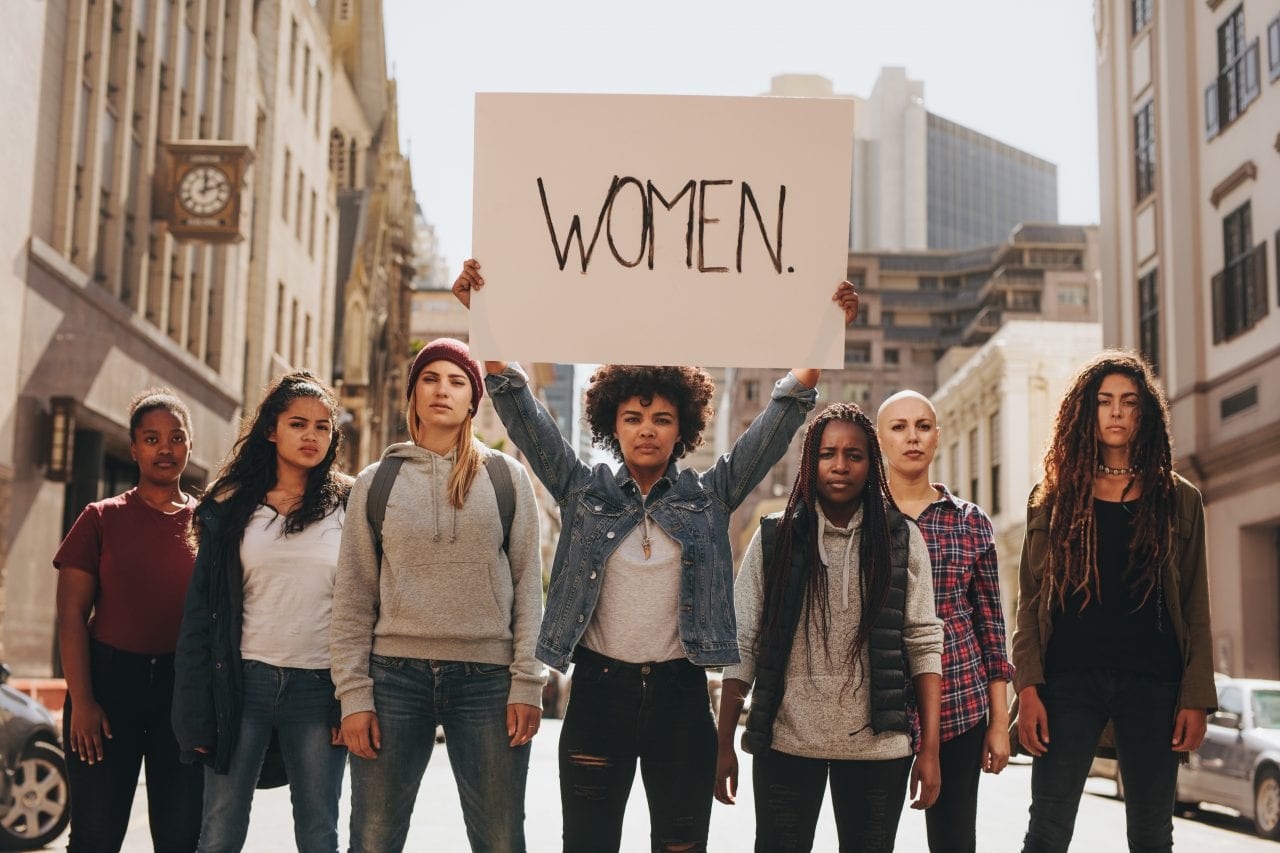 This shouldn’t even be a conversation.

The idea that America is here at this place and time in our planet’s history, still debating whether or not women should have autonomy over their own bodies, shows we aren’t maturing or progressing or evolving as a nation.

It also shows that millions of people of faith here are defiantly defying God’s primary will.

Christians of all people, should be unequivocal in moments like these: God is pro-choice.

We know God is pro-choice because the Bible tells us so.

If you believe that God exists, and if you believe the Christian Scriptures to be your primary guide in understanding the character of that God—you find out pretty early on that free will is kind of a big deal.

The opening chapters of the book of Genesis describe in poetic language, God speaking all creation into being, fashioning out of dark and formless chaos every radiant bit of this planet and its inhabitants: all the light, shape, and color of the disparate beauty here.

Whether you’re a believer or not, you likely know the Genesis story: six days of grand artistry, six days of spectacular displays of creative power, a boatload of animals, two people, a seventh day of rest in its very goodness (followed by one tree, one piece of fruit, one serpent, and the mess that follows.)

Though not a literal account, the book of Genesis presents the Maker of All Things as creating every member of humankind inherently good, specifically original—and able and qualified to decide who they are and what they do, and how they live and move and breathe through this life.

For professed Christians, it is antithetical to that God’s intentions, to attempt to legislatively control a woman’s body, because the higher law says that she is in control of it. Period. There is no Biblical precedent or Scriptural justification for a person of faith to partner in any human-made law that supersedes the free will of a woman.

For professed Christians, this shouldn’t be about debating anything but whether or not women should be allowed to have what God has already given them: choice.

And for any supposed believer who claims the Bible to direct them, arguing against a woman’s right to choose is arguing against the very heart of God as depicted in the Scriptures.

I am a Christian man and I am pro-life, in the sense that I am pro the lives of women having autonomy over their own bodies. Beyond that, I yield to what they do with that autonomy, because I nor anyone else should have jurisdiction there.

But you’re not entitled by any Scripture passage or any Biblical mandate, to legislatively force your will upon another human being, no matter what justification you make for it.

If you want to argue that, you’re fully welcome to.

You’re just going to have to take your agenda above me and above anyone else—to a decidedly pro-choice God.