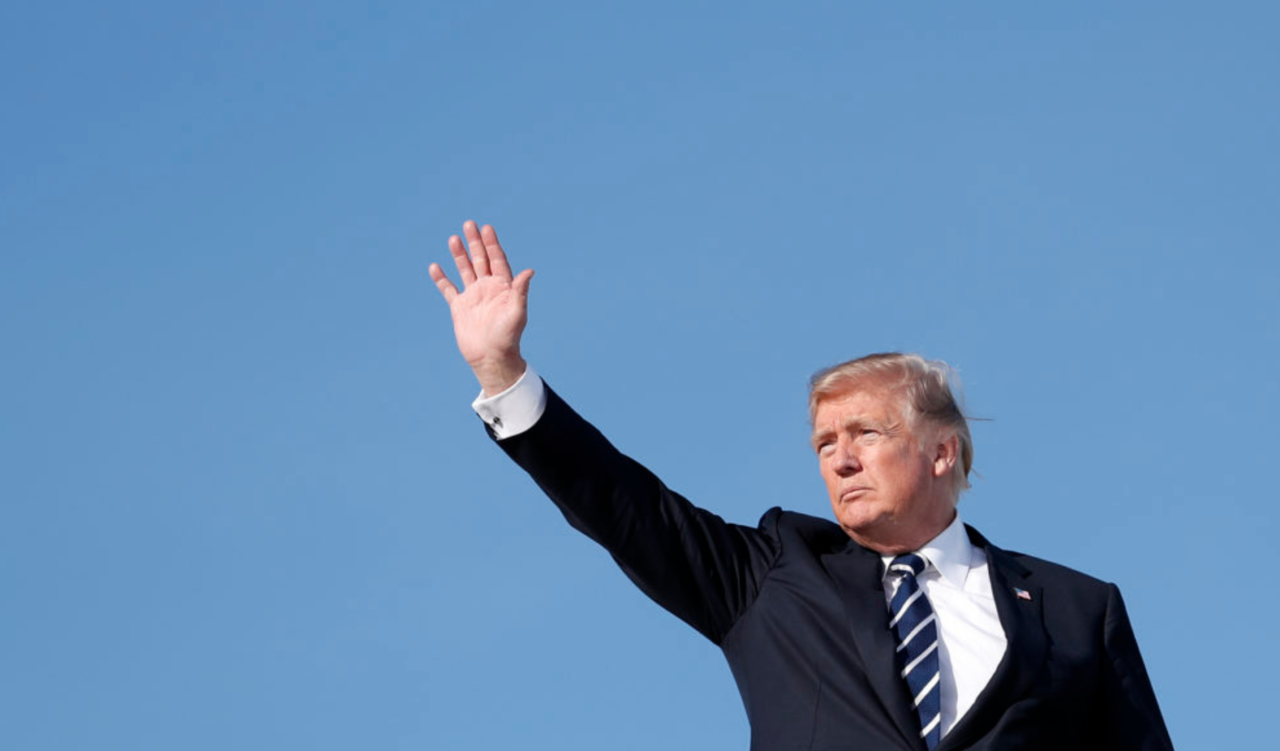 In the waning hours of your presidency, I wanted to take a few moments to express my deepest gratitude for all that you’ve done.

It will be difficult in this small space to adequately express the depth and breadth of my appreciation, but I will make an admittedly feeble attempt.

I was wrong about you.

For four years I’ve openly lamented the poison your presidency has so effortlessly generated.

I’ve watched our country imploding on your watch, witnessed our public discourse become polluted in your presence, and seen our political climate grow ever more corrosive with you overseeing it.

At first, I wrongly assumed you were to blame, but in recent years I’ve come to understand that you haven’t manufactured our current national ugliness at all—you’ve simply revealed it.

You’ve uncovered who we have always been, and for those like myself who have been afflicted with privileged or were criminally uninformed because we were able to be—that felt sudden and shocking, though it shouldn’t have.

By saying the irresponsible, mean-spirited, ignorant things you’ve said so freely and so frequently, you’ve given other like-minded people license to do the same: unapologetically admitting who they always were but were previously fearful of declaring.

You became the flag they could proudly wave in defiant hatred of so many.

You voiced their phantom oppressions, gave credence to their hollow grievances, justified their inherited prejudices, validated their ignorant phobias, and made their fringe ideologies go mainstream.

You normalized their contempt for humanity.

Thanks to the terrible ground you’ve broken, politicians, pastors, friends, and strangers, both in person and on social media now regularly out themselves as intolerant and malicious—and they remind me just how close they are to me, just how deep the sickness in us runs, and just how far we have to go together.

You’ve emboldened people to be open about things they used to conceal for the sake of decorum, and though it turns my stomach, I know that this is the only way we can move forward; to have that cancerous stuff exposed fully so that it can be dealt with.

Our progress as a nation now is predicated on authentic dialogue and honest conversation, no matter how brutal and disheartening those endeavors are.

Let me be clear: you have been the least qualified, least knowledgeable, most malignantly horrible President we’ve ever had, and I fear gravely for the world all our children will inherit because of you.

I believe you’re reckless, bitter, and completely reprehensible; that you represent the very worst of us.

You are a staggeringly small and insecure man whose perpetual neediness and unprecedented emotional insecurity have made our nation a planetary punchline.

But in being these things, you’ve allowed me to see the truth about myself, about people I love, about people in our neighborhood—about nearly half our nation.

And in the process you’ve also shown me that I am not alone in resisting this ugly thing you’ve exposed about us.

You’ve generated a larger, louder, more passionate response to it all and this is where I find true gratitude in these days:

in the 81 million who have been horrified for every single day you have been here; those who’ve grieved and despaired and been outraged.

in those who’ve lost sleep and sacrificed time and expended energy pushing back against you and people like you.

in those for whom equality and diversity aren’t just cheap platitudes, they are the most precious of hills to die on.

in those disparate people who refuse to be silent in the face of our recent shared regression.

in those willing to be more bold in defending the inherent value of all people now than they ever were.

in white people who are finally coming to terms with the reality of their privilege and the supremacy afflicting this nation.

in the growing army of those who will not tolerate hatred as a core American value a single day longer.

in those who reject violence as a default response to dissension.

in the ever rising voice of people who will not let malice and bitterness represent them in the world.

Today, I find my hope in those 81 million-plus who, like me, will not be complicit in allowing bigotry and intolerance to become a source of national pride, because we’ve seen where that leads.

Yes, President Trump, you have been a complete and unmitigated disaster.

You have left a trail of injured people, desecrated ideals, plundered resources, and fractured relationships that cannot be quantified.

But in being as unrepentantly malevolent and unapologetically ugly as you have been, you’ve unearthed our hidden sickness and shown us who we are: not in the songs or the anthems or the history books, but in reality and in this moment.

You brought every awful thing about us out into the open and now we have to deal with it all.

Now, get the hell out of our house and our lives for good.