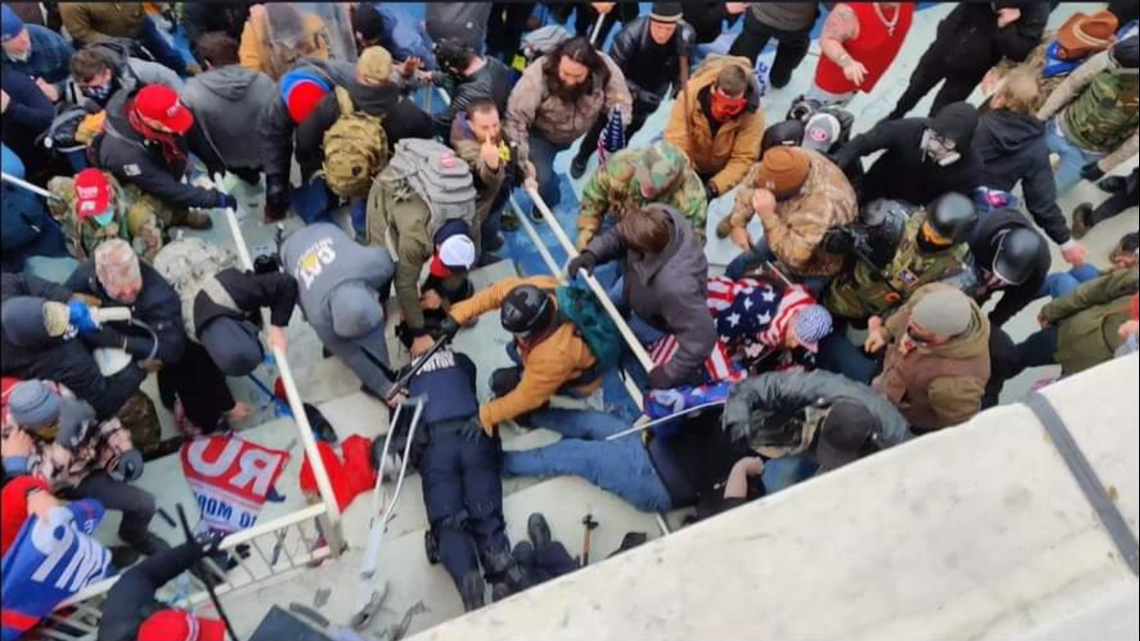 I thought we had an agreement here.

Human beings are supposed to have a bottom: a base level of decency that defines us, a place we will not go to because to go there would mean abandoning the very moral givens that tether us to one another—and slipping into inhumanity.

We are expected as participants in community to have some ethical boundaries that hedge us in and prevent the very worst of our tendencies from festering to the point they grow toxic and metastasize within us and among us.

We live in this world every day alongside countless people in our work and our travels with the assumption that most of them still operate under those fixed and fundamental rules of humanity: of goodness, justice, truth, compassion. This assumption allows us to exist without fearing that we are in imminent danger in their presence, that we are safe to live in close proximity to them.

There are supposed to be rules humans abide by that declare that we are human and that we recognize and honor the humanity in others.

The Republican Party has decided that they are not bound by such rules anymore, that inhumanity is simply not a bridge too far, that they are a bottomless entity which no longer has use for morality—and I feel stupid for thinking otherwise.

I honestly thought this was going to be a catalytic moment.

I thought for sure the horrors at the Capitol would be a dealbreaker for even the most devoted of his sycophantic foot soldiers; that watching a capitol police officer beaten to death on the steps of Congress with flags bearing his name would have fully sickened them to the point of defection.

I was absolutely certain that as photos and the videos and the testimonies streamed in of officers being crushed and of heavily-armed men prowling the very seat of our government with nooses and zip ties—that for perhaps only once in the last four years we would finally be of one mind and that they would declare it all fully unacceptable.

I thought to myself, “There is no way they will double-down on this or on him now.”

What soon became clear and has been declared explicitly again in the impeachment trial, is that instead of being horrified and having their deadened hearts shaken alive in their chests by the terrorist attack on Congress, the only thing these Republican lawmakers are, seems to be disappointed that it was not more successful so they wouldn’t have to be inconvenienced by moral accountability at all.

They seemed bothered more by the demands of good people for justice than the lawless, murderous acts that made them necessary at all.

There is no grief for the dead, no contrition for the big lie they perpetuated, no sorrow for the physically and emotional wounded, no regret for their incendiary words and complicit cohorts—there is only the steady, strident arrogance that tells us they are slipping deeper into the void.

I don’t require other people to agree with me on all matters of policy, to perfectly mirror my preferences, to ratify my every conviction. I don’t require full agreement with regard to theological or political worldview—but I demand a base-level of morality in order to be in relationship with them and these people are not ready to consent to that.

January 6th should have been, for any human being with a fully functioning soul, a chilling ice water bath of reality, shocking even the most partisan of them awake from the slumber of their fierce tribalism.

It should have been the decisive pivot point for our nation, away from this cancerous, craven cult of personality and collective bloodlust for power—and into a collaborative expression of our interdependence.

This should have been America’s second chance at life.

That it has become instead, a place for this party to once again declare their undying allegiance to this man and to his movement, and to an ugly, lumbering, violent march toward an ever-deepening bottom—is one of the absolute most tragic realities of my lifetime.

The sanctity of life? Turns out not to be a concern.
Blue lives? Seems they don’t really matter.
The Constitution? Not particularly binding.
The Law? Irrelevant.

I want to believe in the goodness of all people, but right now I’ll have to settle for the goodness of some; of the 81 million plus who will simply not tolerate the horrors of January 6th and who will not abide the inhumanity of those who created, planned, supported, incited, and still defend it.

When some declare that no line is too far to cross—the rest of us will be here to defend that line together.

Our shared humanity deserves it.