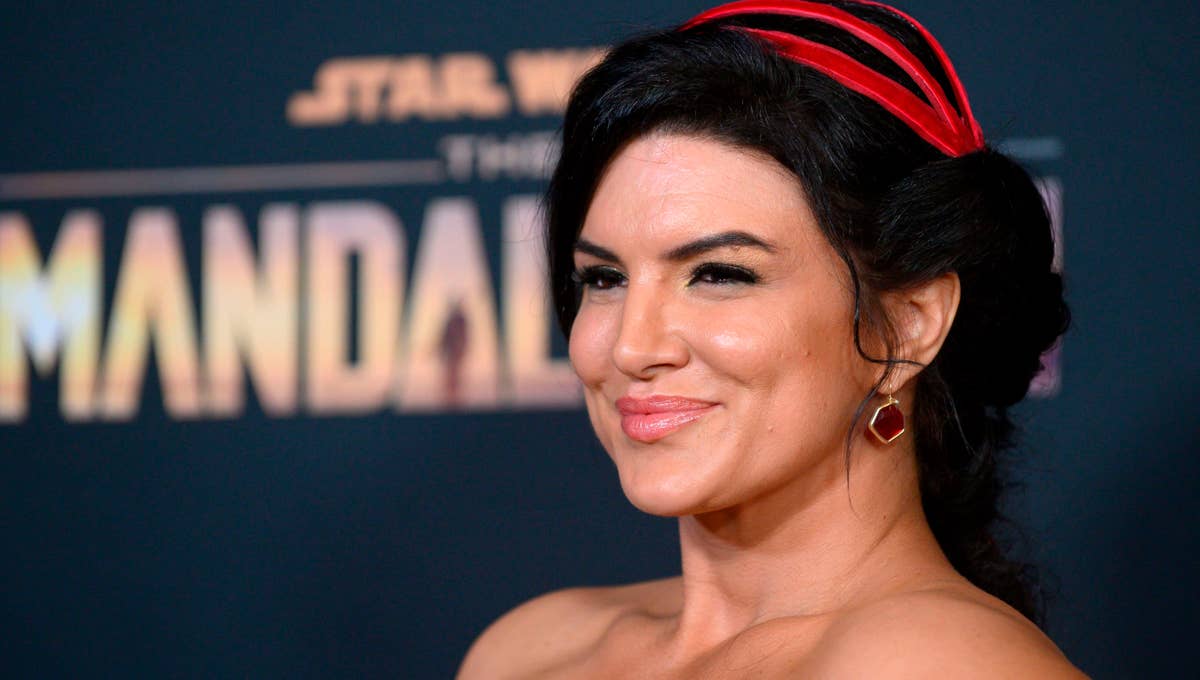 Actor Gina Carano was fired from the Lucasfilm-produced series The Mandalorian, broadcast on Disney+, after months of fan pressure in the wake of Carano’s steady social media stream of anti-mask, anti-Transgender, anti-Semitic, election fraud conspiracy rhetoric.

It wasn’t the toxic content of the tweets alone that generated the building backlash resulting in her termination, but the defiance she displayed in response to honest expressions of pain from thousands of vulnerable fans injured by her, as one of the faces of a cherished franchise that has become a place of solace for them in a world that tends to do them damage.

In the immediate aftermath of Carano’s firing, the predictable histrionics and expected pearl-clutching came from supposedly outraged Conservatives in the media and online, once again bemoaning that most insidious and prevalent of lurking evils: the Cancel Culture.

And in a moment of Olympic-level irony, the actor’s supporters rushed to condemn her cancelling—by calling for an immediate boycott of Disney+: a cancelling of the cancellors.

TCC has presently become the catch-all from the Right, anytime a politician, celebrity, or media member is terminated, penalized, or otherwise adversely affected by something they’ve said, written, or posted. It illustrates the moral tone-deafness they’re afflicted with and the lasting symptoms of their recent political alignments.

Over the past five years, as they fully embraced a so-called “straight shooter” who “tells it like it is” and who “doesn’t bow to political correctness,” a good number of Americans have increasingly emulated the man on social media, at their jobs, and in grocery store checkout lines—and expected (much like their hero) to utter any expletive-laden, conspiratorial, discriminatory garbage and never face ill-effects from it, and to in fact be rewarded for it.

Whether they can admit it or not, they’re now coming to experience (just as he as) that free speech comes with a heavy cost: the response of others to that speech.

The truth is, people with power and influence facing tangible consequences for the dangerous filth they generate, isn’t part of some Left-wing conspiracy—but a collective expression of humanity that will no longer tolerate the bullies from using their free and massive platforms to inflict injury on already injured people.

Maybe people like Gina Carano need to understand that the position of rare privilege afforded those fortunate enough to be where she is, isn’t something that can be wielded with recklessness and arrogance, but one that requires a modicum of humility, a desire to learn about other’s experiences, and a respect for the disparate community who will see her as someone whose voice carries weight—whether she deserves that or not.

The Cancel Culture isn’t (as Conservatives might claim) an unreasonable mob mentality of political correctness demanding that she soften her convictions or alter her politics—but the peer pressure of a global community asking her to be a decent human being: to not weaponize her fame to marginalize Jewish or Transgender people, to exacerbate a deadly pandemic without expecting consequences, or to intentionally provoke vulnerable communities.

Having standards of decency for people, whether they’re important characters of beloved franchises, revered members of Congress, American presidents, or for the person in the cubicle next to you, isn’t the problem.

I hope the Gina Caranos of the world are paying attention.

I hope we as a society have finally reached the saturation point of our tolerance for human beings who have become so used to unchecked ugliness that they feel consequences will never come; that we have finally grown collectively tired of costly bigotry disguised as free expression.

It’s not the Cancel Culture that’s doing this, it’s our shared humanity showing itself, and that is a beautiful revelation.

It isn’t an out-of-control “woke mob” taking down innocent people—it’s a reckoning with decency.

If it’s anything, it’s the Consequence Culture.

May you not be the last to experience it.

Sign up to be on the waitlist for John’s upcoming Being Kind Humans online course coming in March, and receive a free video series on navigating difficult relationships!