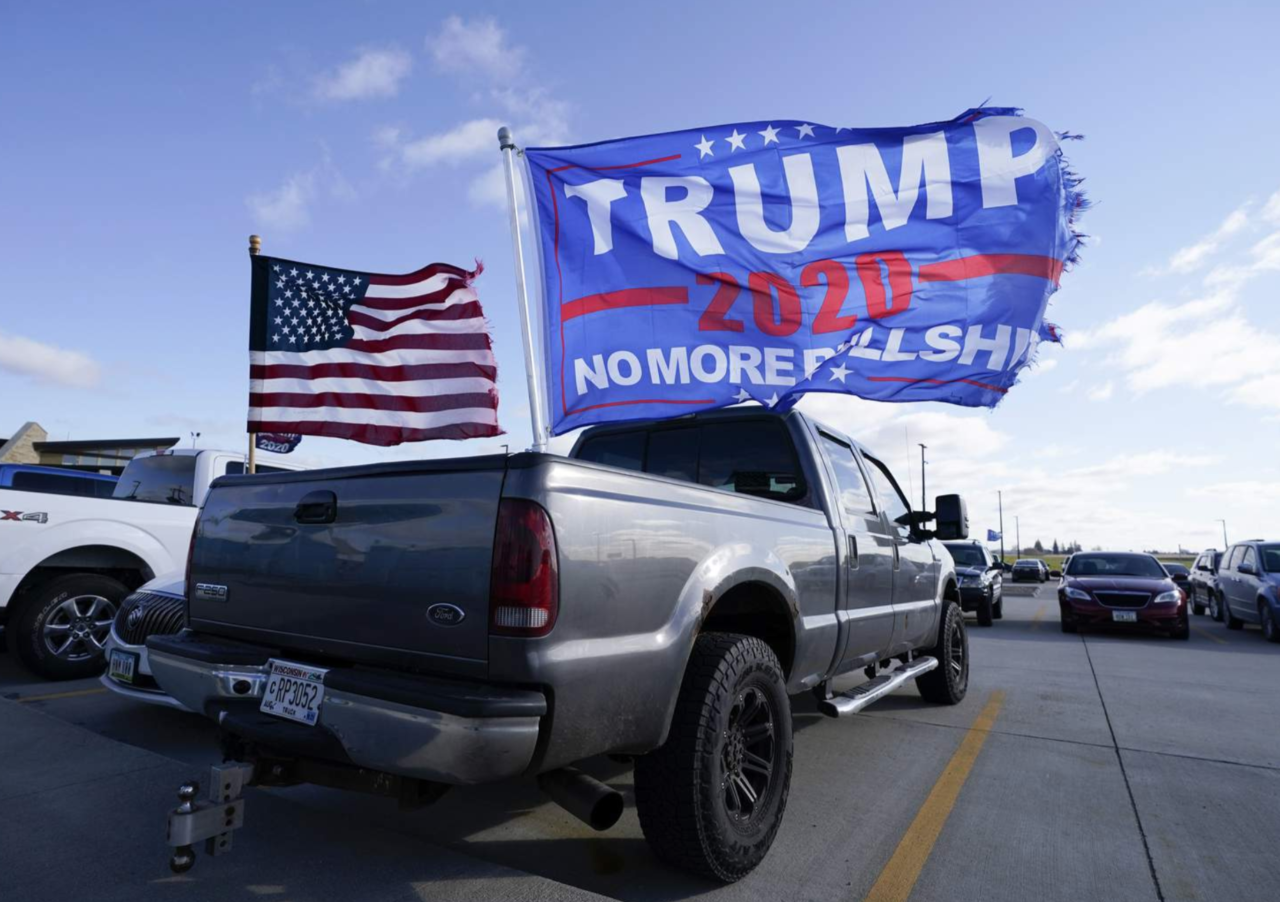 I was talking to a coworker today.

(OK, well, technically I was arguing with an anonymous Twitter troll—but hey, work is work, right?)

As Patriot45FreedomGuy launched a fierce barrage of 280-character word salad salvos at me about how disgraceful the Democrats are and what a hero Donald Trump is, he declared himself a proud member of the “Silent Majority,” (which was an oxymoronic exercise in irony, since 45’s supporters are both patently insufferable and their guy lost by over 7 million votes, but maybe I’m just getting distracted with semantics here).

As my American eagle avatar-ed friend attempted to give his disgraced orange messiah credit for the rollout of a vaccine that he repeatedly refused to order while in office for a virus he continually denied (a vaccine my new friend vows he will never take), he tried to convince me that President Biden wasn’t fairly elected—and the proof is in the lack of merch.

“Nobody even likes Biden” he assured me. “I still see Trump flags and hats and tattoos everywhere around town, I don’t see Joe Biden’s face anywhere.”

I voted for Joe Biden because I wanted an intelligent, qualified, compassionate adult making important decisions about complicated issues—not because I lacked a cult leader to define me and give me purpose and fill in the holes in my existence.

I wasn’t desperately seeking an insecure, needy doppelgänger God made in my own image, who I could worship and live vicariously through and find fulfillment in. I just wanted a well-adjusted human who wasn’t going to cavort with delusional pillow makers, tweet midnight racist rants, peddle deadly fake cures, speak in fast food slogans, and plan violent insurrections.

That’s what’s so exciting and refreshing about this moment in America: I know I helped elect a man and a woman in President Joe Biden and Vice President Kamala Harris, who are fully-formed adults who spend their time reading their briefings and digesting complex issues and working their behinds off and making the kinds of difficult decisions qualified people are used to making and don’t run from. They’ve constructed a diverse Administration with bright, experienced people whose disparate complexion represents the vast breadth of this nation—and they’re quietly and diligently getting stuff done.

And I don’t need to love everything they do and I am not required to fall in lock-step with this President and I’m not a mindless sycophant to him. I know his party isn’t here to fall prostrate before him in blind adoration—which is why they wouldn’t throw his Democratic critics into a volcano the way Republicans do people like Liz Cheney and Mitt Romney, and anyone else who dares question the maniacal fits of their outvoted, barely literate deity.

It’s the same reason this nation isn’t covered in Biden swag right now: because politics is not our religion and because we find meaning in our own existence.

I think President Biden’s doing an amazing job, but I don’t have a flag with his name on it on the back of my car—because he’s my president not my savior, and because I’m a rational adult human being who doesn’t need a stranger to give me my identity.

No matter what President Biden does, I’ll never be compelled to slap his face on my bumper or on my left pectoral muscle, because there was never a gaping hole in my life that he was ever going to fill. I am not defined by a cult of personality that exists to stroke the ego of a hollow shell of a man, and I don’t need goofy red hats and graven images and asinine truck flags to prove I’m a patriot.

I already showed my love for this country and its people by voting for a mature, stable, and sincere though inherently flawed human being—who doesn’t seek attention like oxygen, doesn’t need my worship in order to survive, and doesn’t complete me.