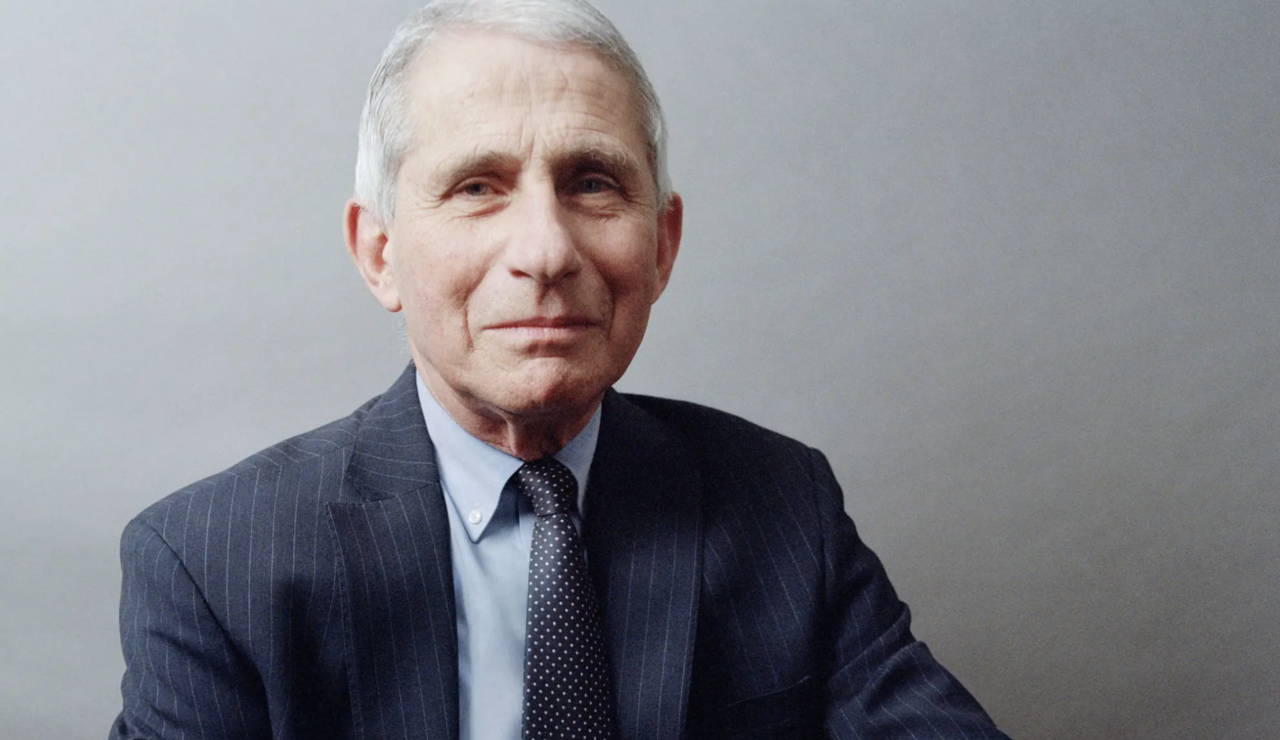 A reader outside of the US messaged me today and asked me to explain the Right’s incessant attacks on Dr. Anthony Fauci.

From his vantage point some thousands of miles away, he couldn’t understand exactly what was behind the seemingly daily hashtag campaigns calling for his firing, blaming him for the pandemic, and inventing all manner of supposed smoking gun “evidence,” that within a few hours proves to be nothing but manufactured myths than soon dissolve in the raking light of any kind of actual scrutiny.

For those not here on the ground in the States, it’s probably difficult to comprehend how we ended up here: how tens of millions of Americans and the lion’s share of one of its political parties has found a mortal enemy in one of its most respected public health experts, but it’s actually quite simple:

Antony Fauci has sinned against their God.

He had the heretical audacity to oppose their unhinged orange MAGA messiah, and that is simply not something religious zealots tolerate.

The moment in February of 2020, when during another ego-stroking South Carolina rally, Donald Trump labeled the Coronavirus “the Democrats’ new hoax,” he’d set Conservatives down a deadly path they would take all the way to this very moment: a war against facts and truth in a time when millions of lives were in the balance.

As the cases numbers rose exponentially and the deaths began to pile up, Trump did all that he was ever capable of or willing to do: he spoke recklessly, he stoked conspiracy, he passed blame to China and to the media and to the Democrats—and he just made up whatever asinine refuse that came to his head in the moment, without considering the human toll. And as the months went by and the body count grew, his base and his party did what all myopic cult members do: they blindly followed their leader into the moral abyss, they fell prostrate before him, and they looked for enemies to unleash their misguided wrath upon.

And that is why they hate Anthony Fauci: because in press conferences and interviews he became the exhausted conscience of good people. He visibly showed his exasperation, he attempted to inject common sense into the terrifying circus of the president’s continual stream of verbal diarrhea and disinformation—and he did what he has done for decades: he tried to protect people because that’s what he is uniquely qualified to do.

Anthony Fauci has faithfully served the American people under seven presidents of both parties. Alleging some ridiculous partisan narrative shows just how invested Trump’s sycophantic followers are and how little rational thought or substantive evidence they require to form an opinion. The moment anyone: whether decorated retired general, former revered party member, or respected journalist displays even the slightest deviation from their wild-haired deity—they are dead to them, persona non grata, hopelessly condemned sinner.

Anthony Fauci is everything Donald Trump,  his perpetually uninformed base, and sociopathic GOP politicians like Lauren Boebert, Marjorie Taylor Greene, and Matt Gaetz despise: he is intelligent, educated, principled, and compassionate.

And most of all, he dared to commit the one mortal sin for which there can never be any forgiveness: he stood in the face of their bloviating, belligerent spray-tanned savior—and he spoke truth that could actually help set us free from the greatest public health crisis we have ever faced. When given the choice of saving lives or keeping the faith in Trump Almighty, the choice was easy. That’s why we’re still in this mess and why so many people buried someone they love during the past two years.

Over half a million Americans died on Donald Trump’s watch—and a year after his departure, his deluded disciples are still in Congress and in our police departments and in our schools and in the media and in our neighborhoods: refusing masks, opposing vaccines, perpetuating fake news, and vilifying people with expertise and competency because those things are antithetical to their newfound religion.

Anthony Fauci sinned against Donald Trump by telling the truth.

And that is something his fear-addled congregation will simply never allow.

The rest of us need to tear down this disfigured false idol and the religious nationalism surrounding him by voting it all into oblivion and demanding that reality be reckoned with and that truth-tellers be respected again.

If we fail to do this, that will be our collective sin.