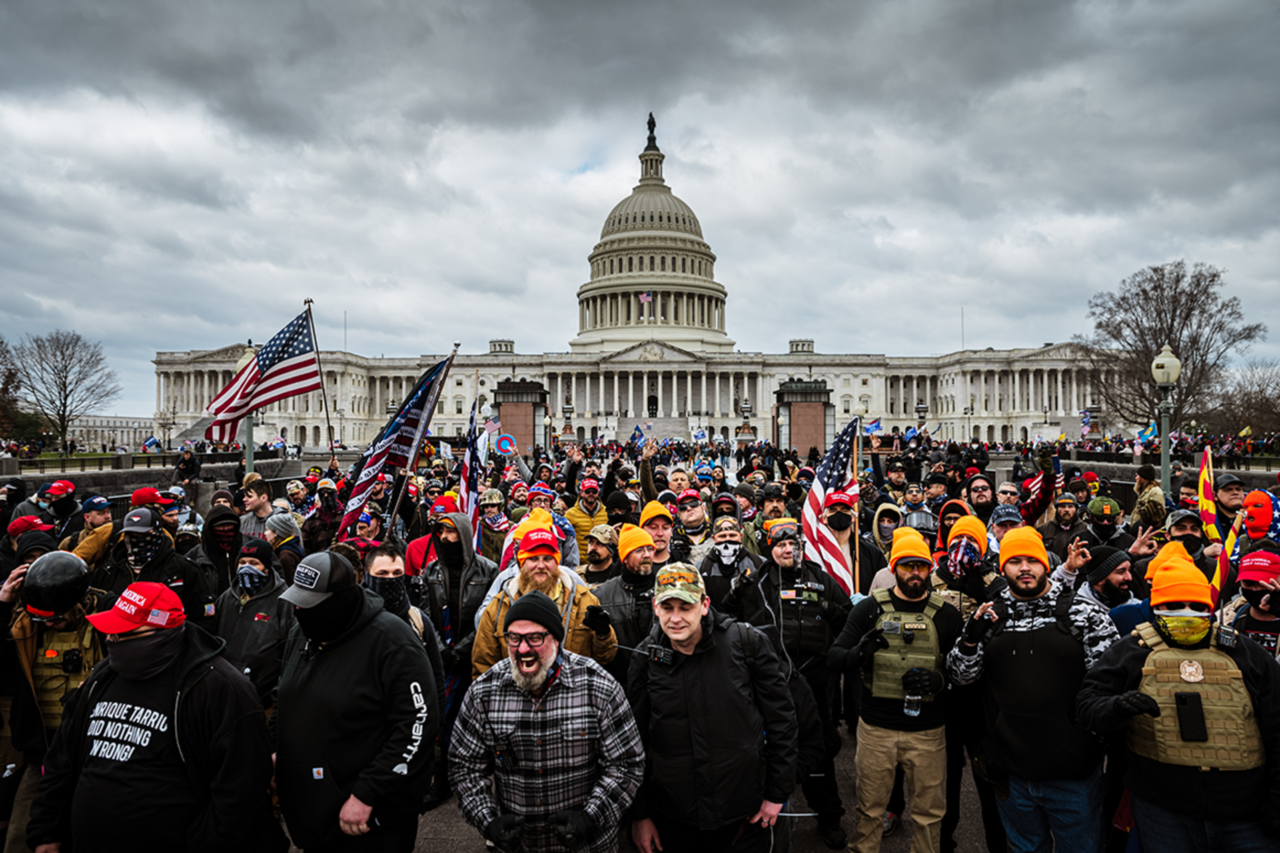 We all saw it.

On January 6th, 2021, many of us watched it in disbelief in real time: the almost incomprehensible sight of thousands of people breaching the very seat of our Government: smashing windows, breaking through doors, setting off tear gas canisters, crushing outnumbered and overmatched Capitol police, and parading unimpeded through the chambers of Congress.

As the chaos unfolded, the questions kept running through the heads of incredulous news anchors and millions of good people:
“How is this happening?”
“Why isn’t anyone stopping them?”
“Where the hell is the National Guard?”
“Why won’t Trump say something?”

With each passing minute, it became more and more difficult to reconcile in our brains, how one of the normally-most-secure sites in America could have been so easily and so quickly overtaken. The scenes of scores of people in body armor and gas masks, desecrating monuments, rooting through offices, and crushing police officers were shocking and sickening.

Yet, as disturbing as the initial images were, what soon became apparent is that this was not some spontaneous display of misplaced outrage produced in a random moment—this was a thoroughly-planned attack on our nation; conceived, coordinated, and aided by Right Wing media members, Republicans in Congress, and by a sitting president.

This unthinkable act of violence was not only an inside job, but one whose genesis came from the very highest level of our public servants and brought us the width of an onion-skin from complete collapse. We were literally a handful of courageous officers, a few quick-thinking politicians, and one or two fortuitous seconds from an overturned election, an installed dictator, and an unrecognizable America.

But perhaps worse than all of all we have learned about January 6th, even more tragic has been the response to that day from people we know and love: an infuriating multiple choice of gaslighting, denial, and complete silence.

The dissonance in them since that day has been profound:

Blue Lives suddenly no longer mattered.
The Law and Order folks now had no use for either.
The God and Country crowd were seemingly able to easily discard both.

And in the days since that day, all their flag-waving histrionics, hand-wringing anthem outrage, and border-defending bravado ended up being nothing but fake news; all that America First chest-bumping and God Bless America showy piety they’ve peddled for four years, proved purely ornamental.

Because when the smoke dissipated and the arrests began and the phone records surfaced and the sheer scope and intent of this day were revealed—they didn’t give a damn.

In fact, if they’re honest, millions of our family members, friends, neighbors, and co-workers are likely only truly upset that the attack was not fully successful. Then, they would not have had to reckon with the evidence or hear the testimony or be accountable for any of this, because their candidate and their party would be controlling the narrative, silencing dissension, and preventing justice. And they would be winning.

It would be a small comfort to dismiss this all as mass ignorance: to tell ourselves the story that Republican voters (especially those we know and love) have been duped by complicit media and corrupt politicians who’ve leveraged their fears, disabled their critical thinking skills, and rendered them unaware of all that unfolded on that day in January—but we would be lying to ourselves.

Outside of a small percentage of the most deluded and unstable among us, they all know the reality of that day. They saw it, too. They could read the names on the flags surrounding dying officers, hear the familiar FoxNews rhetoric being screamed through the halls of Congress, and they could not avoid the Make America Great Again signaling saturating everything. They know who was responsible for this, what their intentions were, and what the stakes were to our nation. That is precisely why they have spent a year denying, defending, justifying or ignoring it: they wanted it—and that has struck the most vicious blow to our great national fracture, one that we may not be able to recover from.

The deepest wound is knowing that they know, and that it doesn’t matter.

January 6th was a coordinated attempt to kidnap members of Congress, overturn a free and fair election by its people, and install a president whose criminality is simply unprecedented and whose involvement was complete.
It was a threat to our sovereignty.
It was a rejection of our Constitution.
It was antithetical to the teachings of Jesus.
It was the opposite of patriotism.
It was an historic act of treason.
It was a vicious attack on democracy.
It was a partisan act of domestic terrorism.
It was a violent insurrection.

All Americans know this.

Only decent ones care.

Everyone else—is simply revealing that they do not.