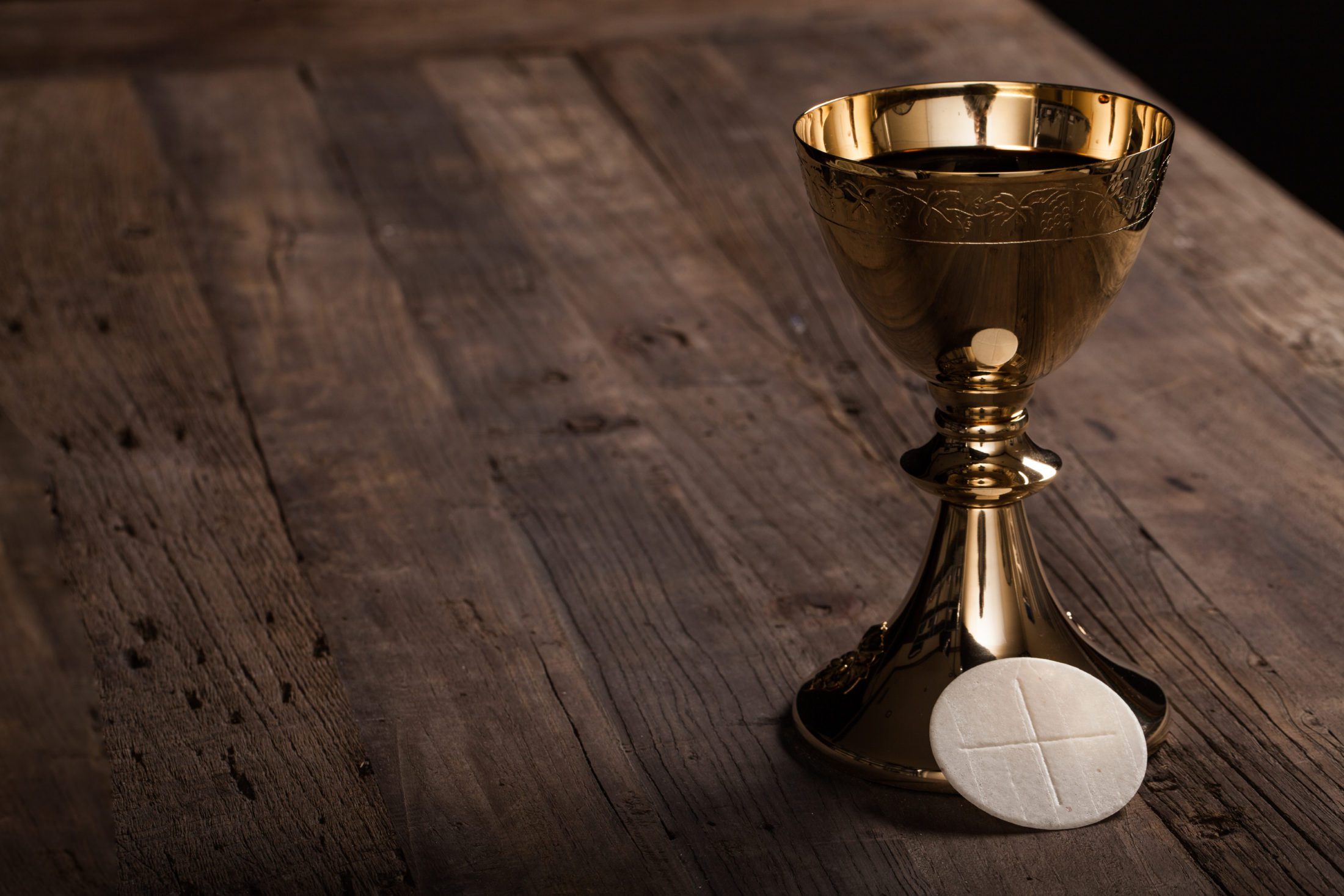 This week, San Francisco Archbishop Salvatore Cordileone notified House Speaker Nancy Pelosi in a letter, that she is banned from receiving holy communion due to her support of a woman’s right to choose.

As someone raised in the Roman Catholic faith and who has served as a pastor for nearly twenty-five years studying and teaching the Bible, there is no other way to say it than this is an abomination and a sin.

The idea that any person, clergy or not, could deny someone access to proximity to or fellowship with Jesus, is and has always been patently antithetical to his message and to the teachings of the New Testament.

Holy Communion is an act of remembrance; a sacrament (a sacred ritual) recalling Jesus’ final meal with his disciples—one of whom who would betray Jesus’ leading to his arrest and murder. The text tells us that even with this foreknowledge of Judas’ actions, Jesus welcomes Judas to the table. He bends to wash Judas’ feet, he breaks bread with him, he shares this intimate moment with him. Jesus’ invitation is never about someone else’s worthiness but about their belovedness.

This “table ministry” of Jesus was constant throughout the Gospel stories: an embodiment of inclusion, of invitation, of all being welcome at his table. Over and over, Jesus used the act of sharing a meal with someone, of breaking bread with disparate people to let them know they were seen and loved and accepted. He dined with priest and with prostitute, with his disciples and his adversaries, with the religious elite and the street rabble. There is no scenario in which someone would be refused. None.

In fact, the diverse guest list at the table of Jesus often angered the self-righteous religious people who watched in disbelief, often outraged that these “morally inferior” people were given an audience with Jesus. The gatekeepers wanted to hoard and control the blessings that Jesus gave so freely. And though not recorded in the text, you can also be certain that the poor, vulnerable, and oppressed people of the street wondered why Jesus dined with their oppressors as well.

In support of the Archbishop, Many Conservative Christians and Catholics, including hundreds of priests tried to make the assertion that all of Jesus’ table guests had somehow repented of their sin prior to their meals with Jesus and therefore, they were now worthy. This isn’t surprising, as it would justify the Church’s official position, however, these people are either lying or misinformed because that is simply not anything recorded in the Scriptures—though controlling religious intolerance like theirs is.

In the ninth chapter of his biography of Jesus, Matthew records that Jesus was criticized and interrogated by the religious leaders as to why he and his disciples eat with “tax collectors and sinners,” Jesus is written to reply:

“It is not the healthy who need a doctor, but the sick. But go and learn what this means: ‘I desire mercy, not sacrifice.’ For I have not come to call the righteous, but sinners.”

This is not a sanctified gotcha moment for those defending the Archbishop of San Fransisco, it is an adversarial declaration of the heart of Jesus: one open to every imperfect human being, regardless of their past actions or current behavior or belief. The “sinners” at Jesus’ table have been (and still are) countless and complete. They included the religious elite. They included the self-righteous. They include Archbishop Cordileone and every priest and pastor who will oversee religious services this weekend, as well as every person attending them. They include me writing this and anyone reading who claims faith.

The justification Conservative religious people try to make by saying Pelosi’s stance on abortion is somehow “unrepentant sin” and therefore disqualifies her from receiving the sacrament is simply not Biblical, not Christlike, and in reality would be an instant scorched earth death blow to the Church if truly embraced.

If everyone with “unrepentant sin” was excluded from communion this Sunday, every table would be empty, including the clergy. That’s not how this works. Someone else’s moral worthiness before God is above your pay grade, outside of your jurisdiction, and none of your business.

You get to set the table, you don’t get to police it.

The Catholic Church and Conservative Evangelicals are killing the Church, misrepresenting Jesus, and hasting a vast exodus from organized religion, because their hearts and methods are oppositional to Jesus’. They loudly proclaim a God of effusive love they want the world to experience—then declare based on their political affiliations, moral beliefs, or by their gender or orientation or desire to marry the person they love that they are ineligible to come to the table.

There is no human being with the authority to put a barrier between anyone and God and denying someone communion is such a wall. No matter how you feel about an issue or how much you want to feel justified in denying access to the table, weaponizing proximity to Jesus regardless of the reason, is a sin.

Archbishop Cordileone is no more worthy of dining with Jesus than Nancy Pelosi. That is Grace. That is the Gospel. That is the story.

If you want to refuse someone communion, go ahead. Just don’t try and do some asinine theological gymnastics to make Jesus fine with it. You just look like a religious zealot passing the buck of your hatred to God.

Despite what the self-righteous or fearful or hateful want to believe, the table is open to everyone.

Thanks be to God.