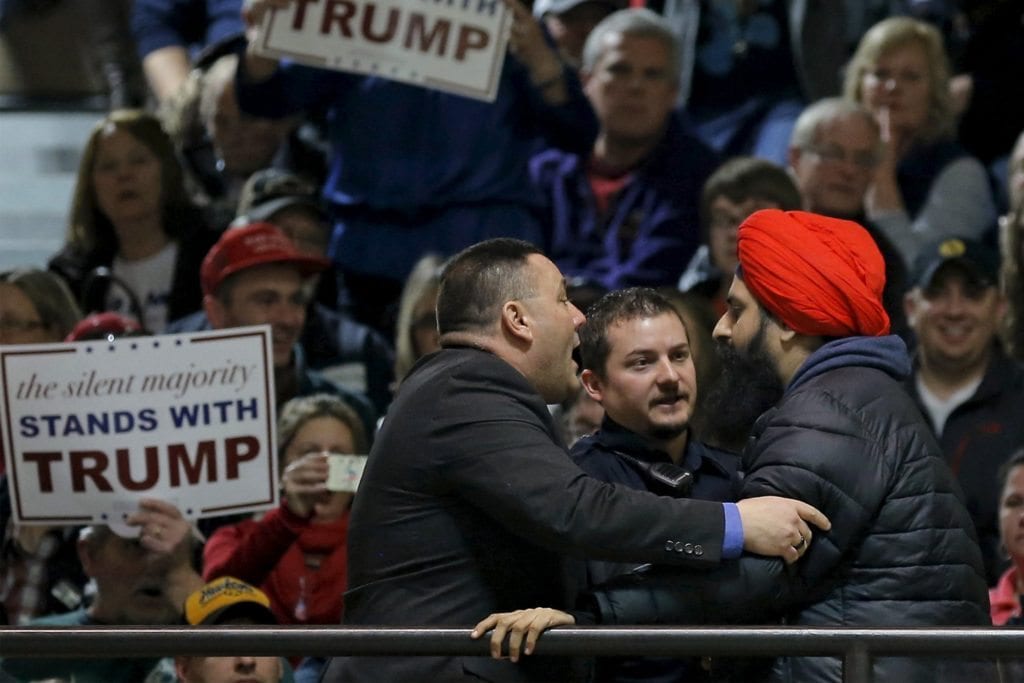 This is on us, America.

We’re gonna have to own it.

Donald Trump is not the problem now. We can’t blame him anymore. This isn’t about him any longer.

The truth, is none of this is out of character for him; the never-ending parade of verbal gaffes, hateful tirades, and childish tantrums. There is plenty of precedent. History loudly testifies on his behalf.

His business practices, his bankruptcies, the wreckage of Atlantic City, his marriages, his reality TV tenure—that’s some body of work.

Donald Trump has always been horrible.

The problem is that 27 percent of America is justifying, defending, and celebrating horrible. We are sanctioning it, funding it, claiming that horrible speaks for us. We are asking horrible to lead us and represent us in the world, to steward the futures of our children.

27 percent of us are repeatedly excusing bigotry, rationalizing recklessness, explaining away allusions to violence, giving a pass to brutality.

27 percent of our people are choosing to look the other way while it’s all hitting the fan, because we’ve decided that we don’t mind the mess or the smell.

A quarter of us are shrugging off the most despicable, vile, irresponsible behavior and claiming it’s somehow what we need to be great again.

And that is the national tragedy here.

This election season was an X-ray, revealing something about the core of who we are. It illuminated the insidious Cancer that we find ourselves presently afflicted with. It showed the anger and racism and homophobia, and most of all the toxic fear embedded deep within the marrow of America.

And a quarter of us are fine with this. More than that, we’re consenting to its metastasizing.

27 percent of this country doesn’t care how ignorant of the issues Donald Trump is, how untruthful he is, or how low he stoops—none of that matters. It’s all somehow fine; acceptable collateral damage of what we deem the bold moves of a rugged outsider who voices our frustrations.

Making fun of a person with a disability, calling for protestors to be roughed up, calling women fat pigs, suggesting his opponent should be murdered: These are apparently acceptable leadership qualities today.

This is freakin’ Presidential stuff now.

We’ve fallen this far this fast.

This is the problem; that so many of us refuse to let facts or reality or reason interfere with how we feel, with our desire to rage against the status quo.

27 percent of us are riding this terrible train even if it’s heading straight off into the abyss because we don’t have the guts to admit our mistake and pull the damn brake wire. We’d seemingly rather save face and deal with the impending impact, terrible as it might be.

We have become this frightened, this angry, this vulnerable, this divided—together.

Churches, politicians, corporate America, public servants, working folks; ordinary people of every color, creed, and persuasion—we’ve all had our hand in it. This has been created on our watch.

This is the country we’ve all built together, and this is what we’ll have to deal with together.

Yes, we should be afraid and embarrassed and disgusted right now.

But don’t look at Donald Trump, America—look in the mirror.

This is our mess. 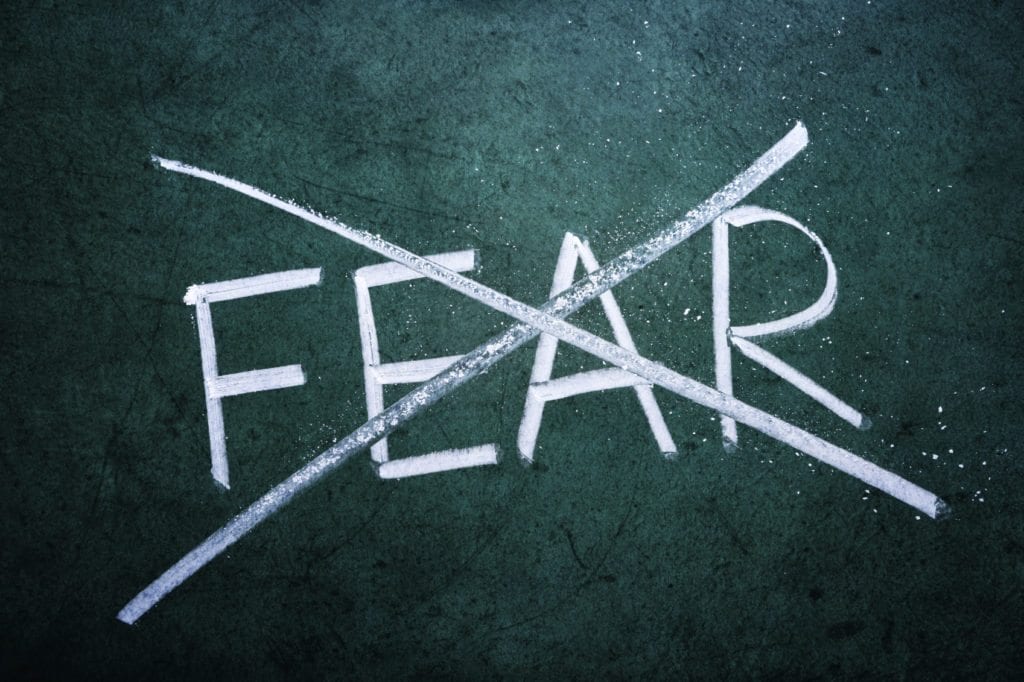 You can boycott Target if you want to, friend.

I’m not going to try and change your mind anymore.

I’m not going to argue with you.

As for me, I’m boycotting something else.

I am also emphatically saying “no.”

I am saying no to manufactured bathroom battles that distract me from the work of loving people, of encouraging them, of seeing them; the work of compassion and equality to which I am called.

I am saying no to the politics of fear that imagine a thousand terrors lurking in restrooms and around corners, to perpetuate the necessary narrative of a sky that is always falling.

I am saying no to cheap religion that needs an ever-encroaching enemy in order to give itself life and to stimulate zeal and to make itself feel valid.

I am saying no to the faith of least resistance, that eschews the difficult and the complex conversations, in favor of stark black and white caricatures of the righteous and the wicked, of the inside and outside.

I am saying no to the myths that we are at war with one another, that we are all that different, that there are any real sides to take that fully separate us.

I am saying no to the lie that our women and children are in danger, and that the only way to protect them is to damage someone else.

I am saying no to “religious liberty” that makes someone else less free.

I am saying no to an impotent spirituality that is so easy threatened by people and circumstance, that it always requires violent defense.

I am saying no to a weaponized, politicized Christianity that has so very little regard or need for the compassionate, merciful ways of Jesus anymore.

I am a person of deep faith, saying “yes” to what my faith is supposed to be a yes to.

It’s a yes to loving people as I desire to be loved.

It’s a yes to healing more wounds than I inflict.

It’s a yes to yielding to the needs of others before my own.

It’s a yes to making the world more decent because of my presence.

It’s a yes to honoring the inherent worth of every person I share this space with.

It’s a yes to moving to the margins to meet people there who are unheard and unseen and hurting.

It’s a yes to sharing whatever I have been blessed with; whether ease or comfort or opportunity or privilege.

It’s a yes to defaulting to humility instead of arrogance with those who oppose me.

It’s a yes to building bridges and not walls between people.

It’s a yes to laying down being right if it makes me more loving.

It’s a yes to remembering the humanity of people, even when I disagree with them.

It’s a yes to being louder about the beauty I see out there than about the ugliness.

It’s a yes to finding the goodness in the world and giving it a boost wherever I can.

And it’s a yes to recognizing that a faith without love—isn’t worth squat.

I am doing my best in these days to abstain from all that is unloving and bitter and divisive.

So you can choose not to shop somewhere if you deem that a worthy path.

You can choose to withhold or withdraw or condemn as a matter of conscience.

I am choosing a different path.

I am targeting bigotry.

I am boycotting fear and I’m putting all my money down on Love.

That is what my faith requires of me.

That’s the greatest stand worth taking.

It’s the gutsiest choice I can make.

It’s the boldest move there is.

And it’s far stronger than fear.

and even of the bathroom.

I’m going to believe that. 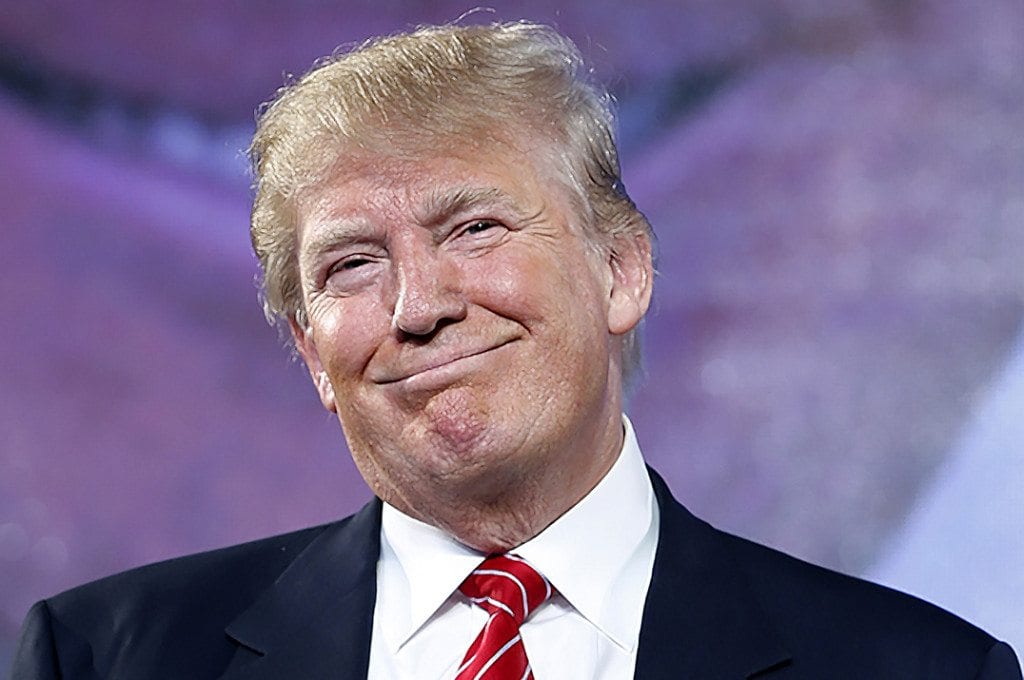 It’s taken me a while to realize this and to admit it, but I’m grateful to you.

I spent a good deal of time lamenting your campaign and the poison it has so effortlessly generated, and your Presidency which is doing even greater damage than I ever imagined. I’ve watched our country imploding, our public discourse become polluted, our political climate grow ever more corrosive, and wrongly assumed you were to blame.

It’s only lately I’ve come to understand that you haven’t manufactured our current national ugliness—you’ve simply revealed it and leveraged it.

By saying the irresponsible, mean-spirited, ignorant things you say so freely and so frequently, you’ve given other like-minded people license to do the same. You’ve opened up the floodgates for our shared sewage to flow fully. People no longer conceal their vile mess, they now revel in it, they broadcast it and retweet it.

Over and over as your campaign persisted, your supporters would tell me that they liked you because you “speak your mind”. It wasn’t until recently that I’ve realized that you speak their minds. You’ve given credence to their prejudices and made those prejudices go mainstream. That’s the voice you’ve given them. You became their toxic megaphone.

Thanks to the terrible ground you’ve broken, politicians, pastors, friends, and strangers, both in person and on social media now regularly out themselves as hateful, intolerant, and malicious—and they remind me just how close they are to me, just how deep the sickness in us runs, and just how far we have to go together.

You’ve emboldened people to be open about things they used to conceal for the sake of decorum, and though it turns my stomach, I know that this is the only way we can move forward; to have that cancerous stuff exposed fully so that it can be dealt with. Our progress as a nation is predicated on authentic dialogue, no matter how brutal and disheartening that dialogue is.

Now don’t get me wrong, I think you’re the least qualified, least knowledgeable, most malignantly horrible President we’ve ever had, and I fear gravely for the world my children will inherit—should it survive your Presidency at all. I believe you’re reckless, bitter, and completely reprehensible; the very worst kind of bully.

But regardless of what happens now, you’ve already allowed me the blessing of Truth; about me, about you, about our nation.

And in the process you’ve also shown me that I am not alone in resisting you and this ugly thing you’ve revealed about us.

You’ve generated an equally loud, equally passionate response to it and this is where I find my hope these days.

I find it in those for whom equality isn’t just a cheap buzzword, it’s the most precious of hills to die on.

I find it in those people who refuse to be silent in the face of our impending shared regression.

I find it in those willing to be more bold in defending the inherent value of all people.

I find it in the growing army of those who will not tolerate hatred as a core American value.

I find it in those who reject violence as our default response to dissension.

I find it in the ever rising voice of people who will not let malice and bitterness represent them in the world.

Today I find my hope in those who, like me, will not be complicit in allowing bigotry and intolerance to become a source of national pride, because we’ve seen where that leads.

You brought every awful thing about us out into the open.